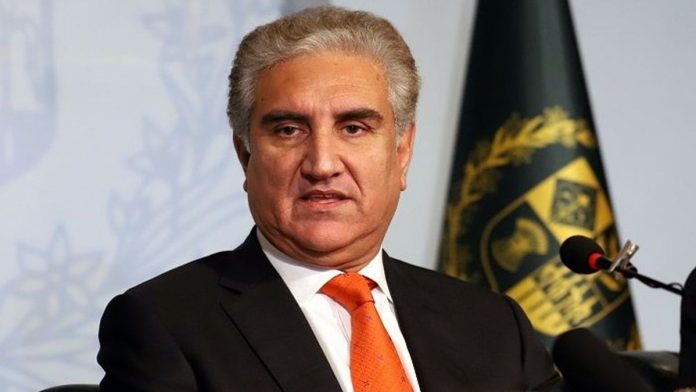 Pakistan Foreign Minister Shah Mahmood Qureshi was faced with an awkward moment during an interview after he was questioned about Prime Minister Imran Khan’s remark calling Al-Qaeda chief Osama bin Laden a martyr. Qureshi, as blank as his face was, didn’t know how to respond.

What happened next came as a bummer for the Pakistani foreign minister. “Is he a martyr…you disagree (with Imran Khan) Osama bin Laden?,” the interviewee asked.

Silence prevailed for a few seconds as Qureshi sat resting his face on his fist, figuring out what to say. “I will let that pass,” he uttered at last.

In 2020, Imran Khan while addressing the Pakistan’s Parliament had remarked that he would never forget how Pakistanis were embarrased when the Americans came into Abbottabad and killed Osama bin Laden, martyred him.”

Khan had used the word “shaheed” while describing the killing of Laden, the mastermind of 9/11 terror attacks in the US in 2001.

Colombo: The match is being played between India and Sri Lanka here at the R Premadasa Stadium on Friday. Batting …
7

New Delhi: 64 foreign envoys, who are scheduled to visit Hyderabad based Bharat Biotech and Biological E, have arrived …
0