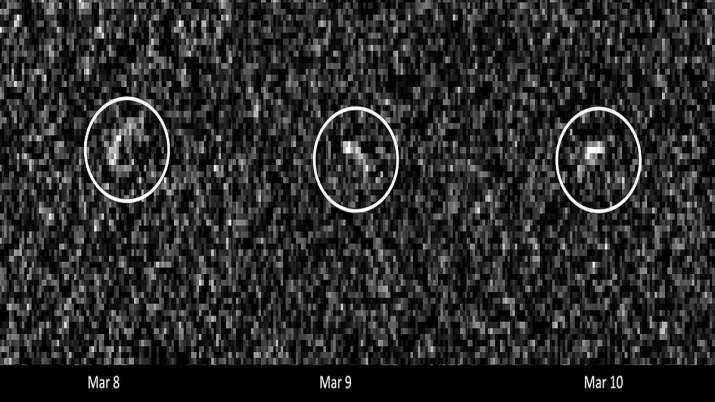 In a big relief, NASA has ruled out the possibility of asteroid Apophis impacting Earth in 2068, saying that our planet is safe from this notorious space rock for at least a century. The results from a new radar observation campaign combined with precise orbit analysis have helped astronomers conclude that there is no risk of Apophis impacting our planet for the next 100 years at least, NASA said.

Discovered in 2004, asteroid Apophis, estimated to be about 340 metres across, quickly gained notoriety as an asteroid that could pose a serious threat to Earth when astronomers predicted that it would come uncomfortably close in 2029.

Thanks to additional observations of the near-Earth object (NEO), the risk of an impact in 2029 was later ruled out, as was the potential impact risk posed by another close approach in 2036.

Until this month, however, a small chance of impact in 2068 still remained.

When Apophis made a distant flyby of Earth around March 5, astronomers took the opportunity to use powerful radar observations to refine the estimate of its orbit around the Sun with extreme precision, enabling them to confidently rule out any impact risk in 2068 and long after.

“A 2068 impact is not in the realm of possibility anymore, and our calculations don’t show any impact risk for at least the next 100 years,” Davide Farnocchia of NASA’s Centre for Near-Earth Object Studies (CNEOS), which is managed by NASA’s Jet Propulsion Laboratory in Southern California, said in a statement.

“With the support of recent optical observations and additional radar observations, the uncertainty in Apophis’ orbit has collapsed from hundreds of kilometres to just a handful of kilometres when projected to 2029. This greatly improved knowledge of its position in 2029 provides more certainty of its future motion, so we can now remove Apophis from the risk list.”

“Although Apophis made a recent close approach with Earth, it was still nearly 17 million kilometres away. Even so, we were able to acquire incredibly precise information about its distance to an accuracy of about 150 metres,” said JPL scientist Marina Brozovic, who led the radar campaign.

“This campaign not only helped us rule out any impact risk, it set us up for a wonderful science opportunity.”