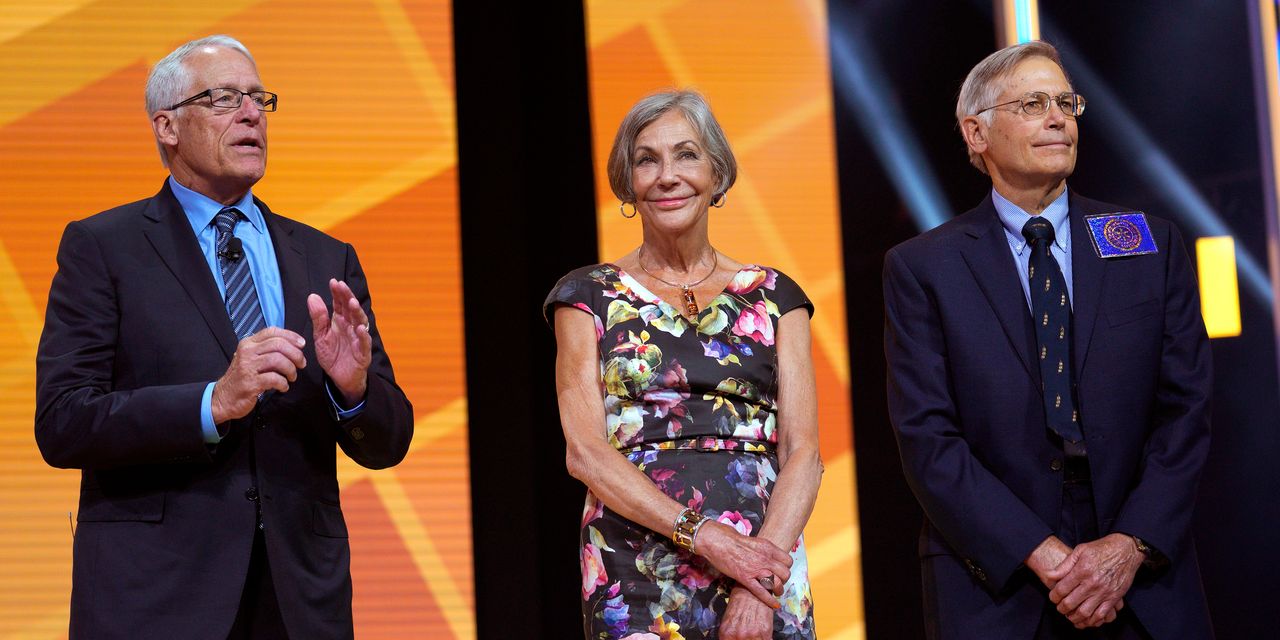 That follows sales by the trust of more than $375 million worth of stock the week before.

In Form 4 filings with the Securities and Exchange Commission late Thursday, Walmart said that the Walton Family Holdings Trust sold a total of 2.63 million shares in the open market over the previous three days valued at $374.37 million, at a weighted-average price of $142.174, based on a MarketWatch calculation of SEC data.

The shares sold made up 13.2% of the total trading volume over those three days, based on FactSet data.

The sales by the trust were filed under the names of trustees Jim Walton, Alice Walton and S. Robson “Rob” Walton, who is currently on Walmart’s board of directors. “The reporting person disclaims beneficial ownership of the reported securities held by the Trust except to the extent of [their] pecuniary interest therein,” the filings said.

Jim, Alice and Rob Walton were all listed among the world’s 25 richest people, with Jim ranking 18, Rob ranking 19 and Alice at 21, according to the latest reading of the Bloomberg Billionaires Index.

The trust’s sales represented just 0.75% of its holding of common stock. The trust still owned 349.39 million common shares after the sales, or about 12.4% of the common stock outstanding. At current prices, that stake is valued at about $49.84 billion. The shares are listed as being indirectly owned by the Waltons.

The company has previously said that stock sales are consistent with the Walton family’s effort to maintain an appropriate balance of family and non-family ownership of the company, by offsetting possible increases in its ownership percentage and helping fund charitable contributions.

Here are some details on the Walton trust’s share sales the past two weeks:

Joe Biden was projected Saturday to become the nation’s next president, according to the Associated Press, after campaigning …
0

Slack outage snarls remote work on the first Monday of 2021

Getting back to work after the Christmas and New Year’s holidays was even harder than expected on Monday. …
0

The average age of vehicles on U.S. roadways rose to a record 12.1 years last year, as lofty …
2

Former Tesla, Amazon exec steps down as Beyond Meat COO less than two years after arrival