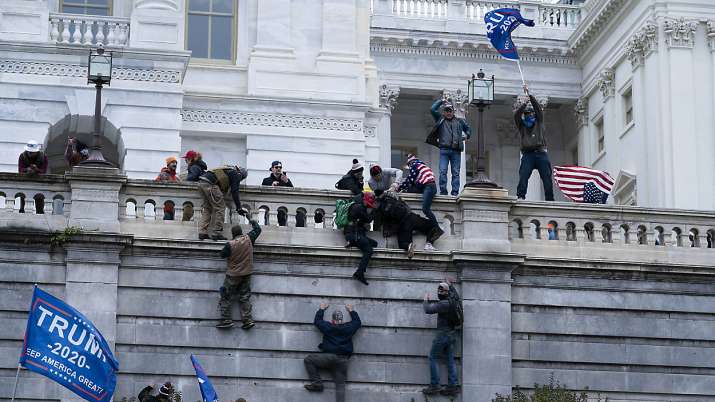 The Federal Bureau of Investigation (FBI) has released new videos showing a person planting two pipe bombs outside the headquarters of the Republican National Committee and the Democratic National Committee the night before the January 6 Capitol riots.

The suspect has been at large and the FBI is offering a $100,000 reward for useful information, reports Xinhua news agency.

“These pipe bombs were viable devices that could have been detonated, resulting in serious injury or death,” Steven D’Antuono, the assistant director in charge of the FBI’s Washington field office, said on Tuesday.

“We need the public’s help to identify the individual responsible for placing these pipe bombs, to ensure they will not harm themselves or anyone else,” he added.

The newly released videos show the suspect walking on the sidewalk a few blocks from the Capitol, then stopping to put down the backpack before beginning to walk again.

Both devices, although they did not go off, appeared fully functional, according to media reports.

Besides the videos, the FBI also released a new wanted poster with images of the suspect and the distinctive Nike “Air Max Speed Turf” shoes he wore, according to an ABC News report.

“We still believe there is someone out there who has information they may not have realised was significant until now,” D’Antuono said.

“We know it can be a difficult decision to report information about family or friends, but this is about protecting human life.”

The attack on the Capitol building on January 6 took place while Congress was in session considering the ratification of the electoral college votes electing Joe Biden as President and Kamala Harris as Vice President. Five people, including a police officer, were killed.

Beijing: The profits of China’s main industrial firms dropped by 19.three per cent 12 months on 12 months between …
2

The Naked Cowboy, well-known for performing together with his guitar in New York’s Times Square, is refusing to …
2

Image Source : PTI Earthquake of magnitude 5.4 jolts Philippines An earthquake with a preliminary magnitude of 5.4 …
1

New Delhi: Obesity has become common due to poor routine, improper eating, and stress nowadays. It is also a …
1