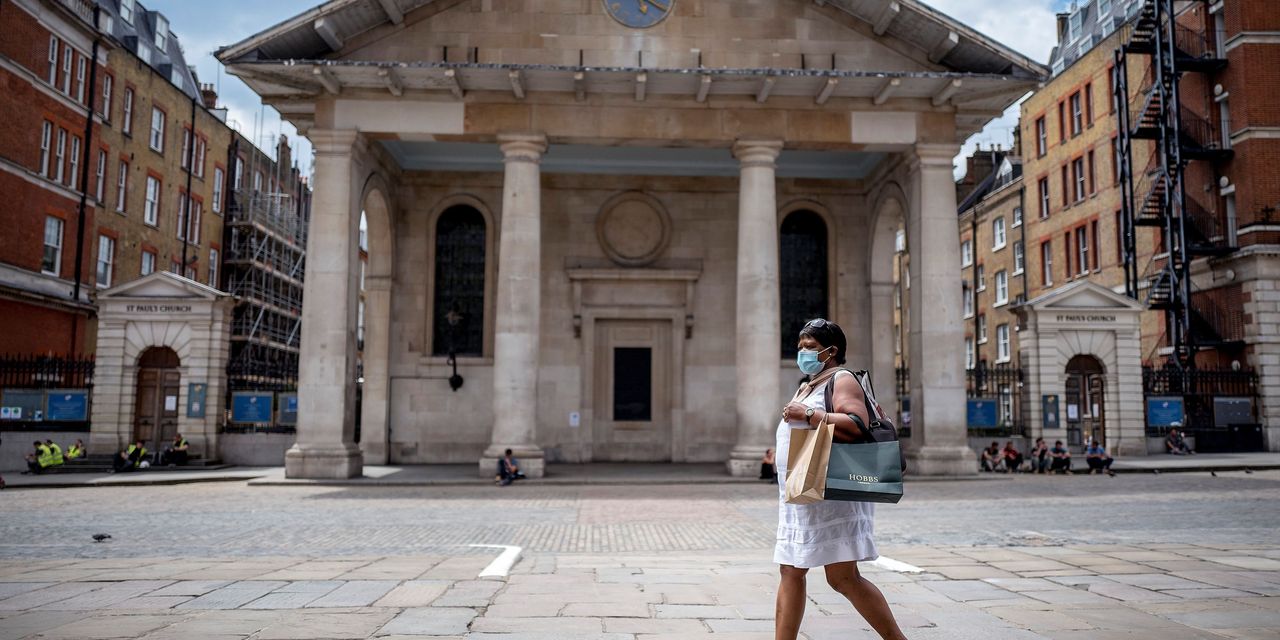 Retail sales volumes rose 0.8% between July and August and a rise of 4% on February’s pre-pandemic level.

Non-store retailing volumes were around 38% above February, but clothing stores remained nearly 16% below those pre-pandemic levels. Home improvement retailers continued to climb in August, while household goods stores saw a rise of nearly 10% compared with February.

The U.K. economy has had a slow recovery from the initial coronavirus lockdowns, and the Bank of England on Thursday said it needed more time to assess whether the economy needs more stimulus, as it kept interest rates and its quantitative easing program unchanged.

The Confederation of British Industry said nearly half the U.K. firms it surveyed plan to reduce hiring or not hire at all over the next year, in its annual survey released Friday.

“We are seeing a two-speed recovery. While some firms are already looking at creating new jobs, most others are in survival mode,” said Matthew Fell, CBI chief U.K. policy director.

Have seniors turned on Trump?