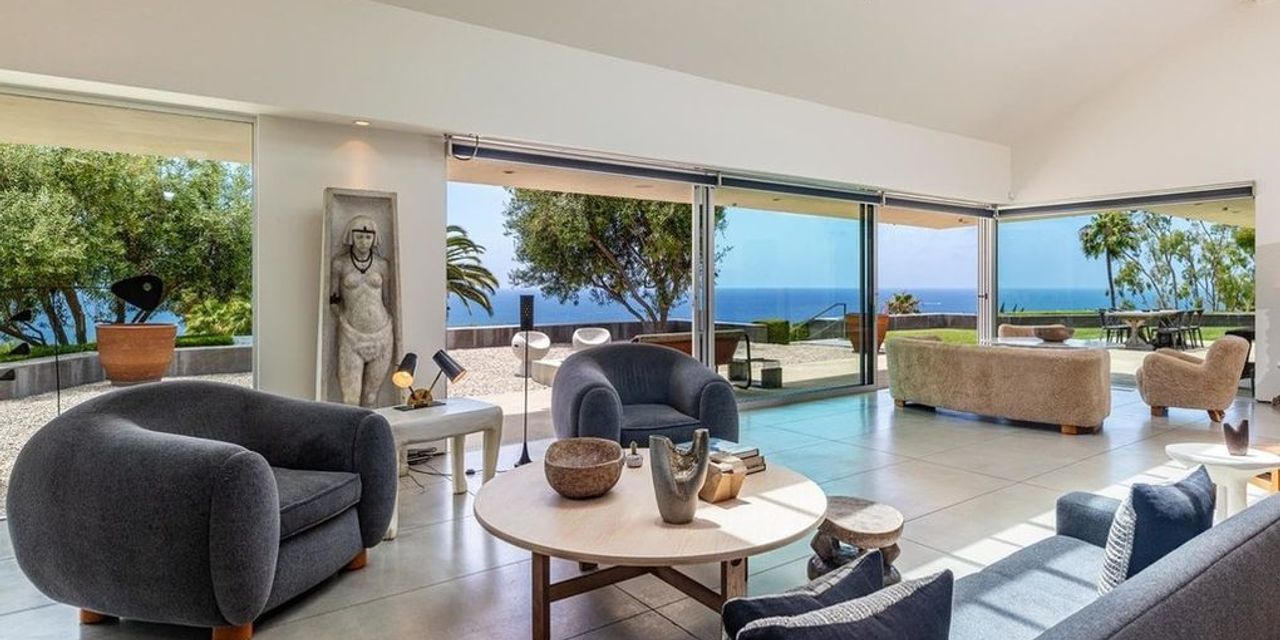 The television producer Ryan Murphy has finally sold his luxury compound in Orange County, CA. Murphy accepted an offer of $10.65 million, after initially putting the place on the market in early 2018 for $18.75 million.

He combined the two parcels and toyed with the idea of selling them as a package, listing the property for $8 million in 2011.

But instead of letting go of the lush locale, with scenic views of the coastline, islands, and canyon, he hired the renowned architect Mark Singer to redesign the compound completely.

He also brought in the designer Cliff Fong to create a museum-quality interior. The finished product earned a spread in Architectural Digest.

“I wanted to nest, to create a weekend getaway for my growing family,” Murphy told the magazine. “The idea was to make both houses steel and glass, and the gardens modernist but bold and odd (like much of my work, I have been told).”

It took five years to complete the remodel to Murphy’s exacting specifications.

“Peaceful, clean-lined, modern, and oddly quirky, my finally finished family home embodies my fantasy of California — glamorous but effortless, a place to dream and retreat — and how I pictured myself living here when I was kid,” he told AD in 2017.

Once finished, the estate became something of a landmark in Laguna Beach. It sits on a lush green hillside with unobstructed views of the ocean. The property includes a 5,000-square-foot main house, plus a two-bedroom live/work guesthouse.

There’s also a two-story pool pavilion, a pool and spa, an outdoor kitchen, dining areas, fireplaces, and exquisitely manicured and walled gardens, with olive trees shading it all.

The gracefully curved citrus allée also adds to the allure of the property.

The owner’s suite could be a complete residence in and of itself. Luxe amenities in the suite include a spa-style bath/lounge, rosewood built-ins, office space, and a private herb/vegetable garden right outside.

The estate had most recently been listed in July 2020 at the reduced price of $12.5 million. Kevin Augunas and Chris Cortazzo of Compass were the listing agents, and Dan Bushman of Coastline Real Estate Group represented the buyer.

According to Variety, Murphy’s main residence is a Spanish Revival near Sunset Boulevard that he bought from Diane Keaton.

He also owns a large, hacienda-style mansion in Brentwood.

Murphy, 54, recently released “Ratched,” his latest series for Netflix. It follows on the heels of “The Politician” and “Hollywood,” Murphy’s first two creations after signing a $300 million contract with the global streaming service.

This story was originally published on Realtor.com