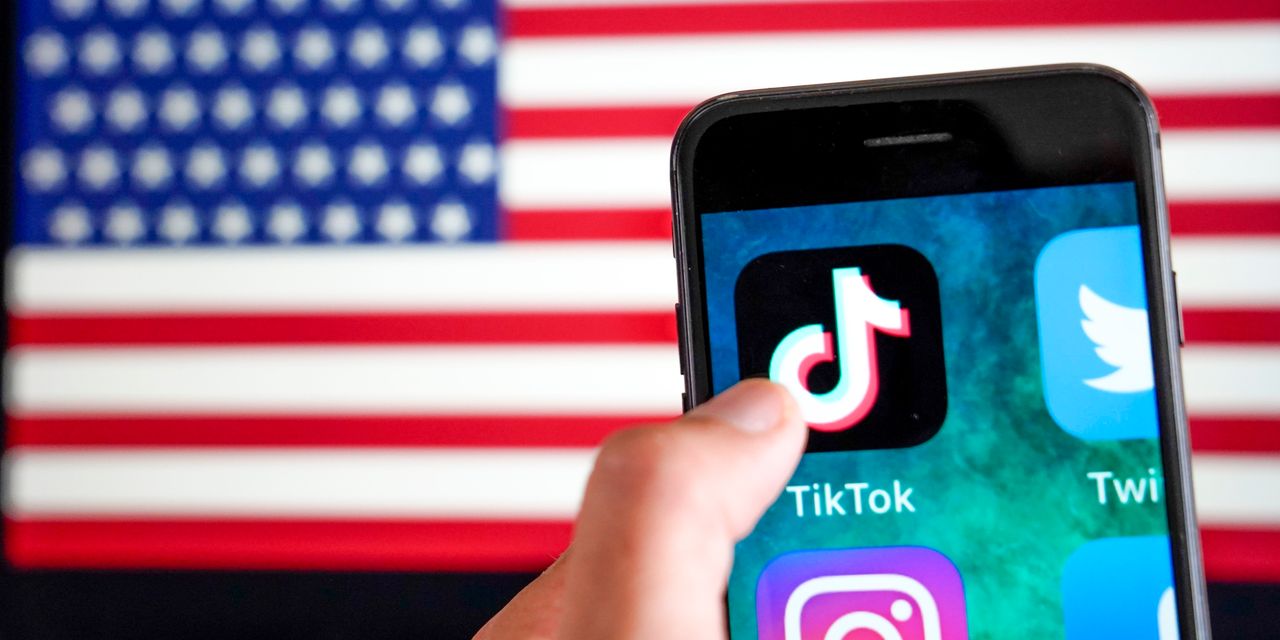 President Donald Trump’s decision to ban individuals and businesses under U.S. jurisdiction from doing business with TikTok and WeChat is hardly provocative. However, it casts a light on an emerging antitrust problem—the privatization and manipulation of the public square by technology companies.

China’s Great Firewall blocks Facebook
FB,
+0.15%,
Twitter
TWTR,
+1.68%
and similar U.S. services. This has permitted ByteDance, Tencent
700,
-1.85%
TCEHY,
-1.11%
and others to develop social media platforms such as TikTok and WeChat and other internet businesses in a large protected domestic market and compete in the United States and elsewhere.

WeChat is a platform for messaging, marketing, shopping and payments more comprehensive than anything we have here. Hence, the ban will limit the ability of Chinese in the United States to communicate with family at home and elsewhere, and U.S. companies like Walmart and Starbucks may have to place greater emphasis on other vehicles to market in China.

Instead of complaining these restrictions illustrate U.S. efforts to stifle Chinese high tech, President Xi Jinping should be thankful his innovators benefited from a protected market to develop businesses like Alipay and Alibaba
BABA,
+1.70%.

The U.S. regulatory and antitrust focus on Big Tech has centered on how Amazon
AMZN,
+0.05%,
Facebook, Google
GOOGL,
+0.67%
and others gather information about our behavior to sell ads and market ideas. And the advantages their dominant platforms potentially afford over present and potential rivals.

Amazon, for example, learns from the activities of businesses selling on Prime to develop competing products. In businesses like disposable diapers, it has been accused of predatory pricing and muscling collaboration with smaller businesses to obtain critical competitive information.

We need to be careful. While Amazon had its beginnings in the direct sale of books printed by big publishing houses, it has created a remarkable self- publishing platform through Kindle that permits authors to bypass the cultural screening of those publishers.

App developers can effectively market to iPhone users only through its App Store. Apple skims an eye popping 30% of initial sales but accounts for only 13% of global smartphone sales. Apple and Google’s Android create preferences for their own or third-party products over others.

These practices may warrant regulation to promote competition and innovation. However, without these companies, we would still be texting and surfing on narrow screens on flip phones and Blackberries. Without Amazon, the development of cloud services would have been left to slower-moving legacy techs like Microsoft
MSFT,
+1.02%
and IBM
IBM,
+0.33%.

The Trump administration’s principal concern with TikTok is the vast amount of data it possesses about American users that the Chinese government could exploit to blackmail Americans or to spread propaganda.

TikTok’s primary servers are in Virginia with backups in Singapore—theoretically beyond the reach of Beijing. However, updates and algorithms that determine what users see and is censored are developed in China. Anonymized information is plenty good enough for Beijing to manipulate what U.S. users view about Beijing’s treatment of Muslims, policies in Tibet, the crackdown on Hong Kong or an American presidential election.

Our tech companies and other businesses are under intense pressure from the organized left—directly through boycotts like those afflicting Facebook and the Washington NFL franchise—and indirectly from investment banks and major corporations that now set themselves up as arbiters of acceptable free speech and political correctness—to screen, limit and censor what we see, the language we use and generally how we do business.

The Chinese government has long done similar things through WeChat. Communications between American users and China and the rest of the world are filtered, and Beijing pushes its propaganda on the app.

Big Tech is broadly accused of an anticonservative bias. In an era where individuals and organizations express their ideas, discontent and praise online, free speech and access to all sides of an issue are perceived threatened on platforms like Twitter and Facebook.

The Constitution protects freedom of speech from governments, not private censorship but those platforms and others have become the public square equivalent of an essential facility in antitrust law—when a monopolist controls choke points in commerce, like a rail crossing, it is often compelled to share access on fair terms.

Just as the United States should fence out TikTok, WeChat and others to protect Americans from Chinese censorship and subversion, the Justice Department, FTC and European antitrust authorities should be coming down on big tech for using their monopoly power to abridge freedom of speech.

Peter Morici is an economist and emeritus business professor at the University of Maryland.

: American Airlines and United to furlough 32,000 workers as aid program set to…