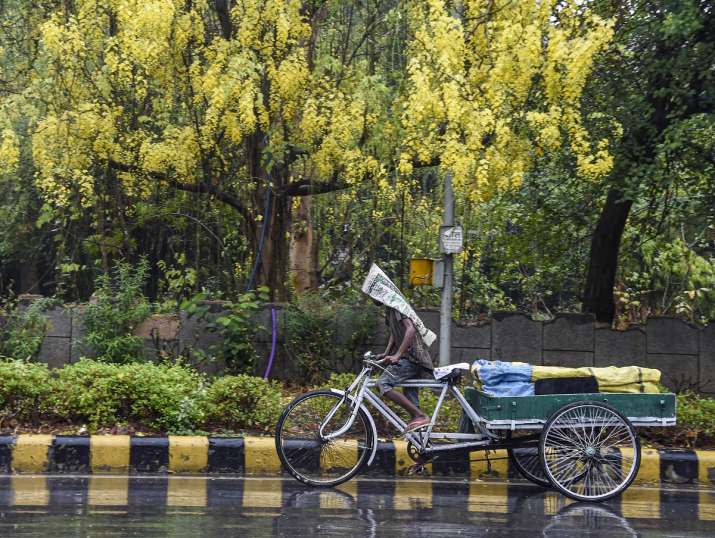 The Indian Meteorological Department (IMD) on Sunday predicted light to moderate intensity rain with thunderstorms over parts of Delhi and Uttar Pradesh in the next two hours.

The national capital had earlier received the rainfall on June 17. The weather forecast department also stated that under the influence of a low-pressure area over southeast Uttar Pradesh and a cyclonic circulation over Bangladesh, fairly widespread to widespread rainfall with isolated heavy falls very likely over Bihar, Jharkhand, West Bengal, Sikkim, East Uttar Pradesh, Madhya Pradesh and Chhattisgarh during the next 24 hours.

“Further advance of southwest monsoon into remaining parts of Rajasthan, west Uttar Pradesh, Haryana, Chandigarh and Delhi and Punjab is likely to be slow as large scale features are not favourable and the forecast wind pattern by the numerical models do not indicate any favourable condition for sustained rainfall over the region during the forecast period,” the agency said in its forecast bulletin.

‘Deepotsav’ in Ayodhya to be grander sans public presence

Covid curfew extended in J&K till May 31

Kolkata: The West Bengal authorities has made it mandatory to cowl nostril and mouth with facial masks or some …
0