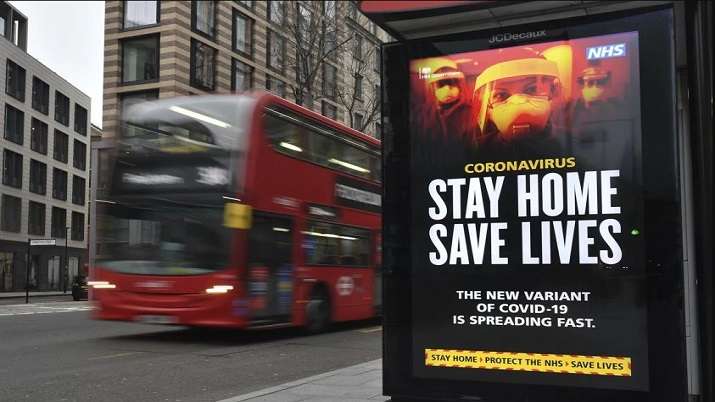 The UK is undergoing a third wave of coronavirus infections as a result of the highly transmissible Delta variant, a top expert who advises the government on its vaccination programme said on Saturday. Professor Adam Finn, who advises on the Joint Committee on Vaccination and Immunisation (JCVI), told the BBC that the country is now in a firm race between the vaccines and the Delta variant – first identified in India.

“It’s going up, perhaps we can be a little bit optimistic it’s not going up any faster, but nevertheless it’s going up, so this third wave is definitely underway,” said Prof. Finn.

“We can conclude that the race is firmly on between the vaccine programme, particularly getting older people’s second doses done, and the Delta variant third wave,” he said.

He was asked about how confident he was that the UK’s vaccination programme can outpace the Delta variant with the current rate of jabs, which have now opened up to all adults.

“No, I don’t feel confident, but I think there’s some grounds for optimism. The latest ONS [Office for National Statistics] figures continue to show a rise, but that rise has not accelerated quite as much as I’d feared over the last week,” he said.

“So, the race is on. The sooner we can get, particularly second doses, into older people, the less of a hospitalisation wave we’ll see this time around.

That’s the critical thing, that’s what’s grounded us all in the past, and if we’ve managed to protect enough older people that we can avoid a great big surge of hospitalisations and deaths, then things will be able to move back towards normal,” he said.

The latest ONS figures show that one in every 540 people is infected, with the Delta variant now the dominant strain of the deadly virus circulating in the country and accounting for almost all infections.

According to the latest data from Public Health England (PHE), a single dose of vaccine reduces a person’s chances of catching coronavirus and needing hospital treatment by about 75 per cent, even with the Delta variant.

And among people who had received the recommended two doses, the chances of catching and being hospitalised by coronavirus was reduced by more than 90 per cent.

The latest R number – or rate of infection –is between 1.2 and 1.4, which means on average every 10 people infected will infect between 12 and 14 other people.

It comes as the UK recorded a further 10,476 cases of COVID-19 on Friday, showing a steady rise in the number over the past few weeks.

It had led UK Prime Minister Boris Johnson to delay a planned end to all lockdown measures on Monday by four weeks, with July 19 now the expected timeline.

Meanwhile, surge testing is being rolled out in further parts of England, including south London, to track the spread of the growing Delta variant.

Epidemiologist Dr Mike Tildesley said hospital admissions were unlikely to reach the same scale as the peak in January this year.

In addition, he said those people being admitted to hospital with COVID-19 at the moment are typically younger and “slightly less sick”.

“Currently we’re seeing slightly younger people are becoming infected – and, actually, the people going to hospital tend to be slightly younger, and therefore also slightly less sick – which is again quite a good sign,” he said, adding they have a “higher likelihood of recovering successfully”.

“All of these are cautiously good signs but, of course, we do need to keep an eye on this over the next couple of weeks so that we can give as much information as we can to the government prior to the 19 July reopening,” Tildesley added.

Presence of ISIS, Al Qaeda in parts of Yemen needs to be addressed: India