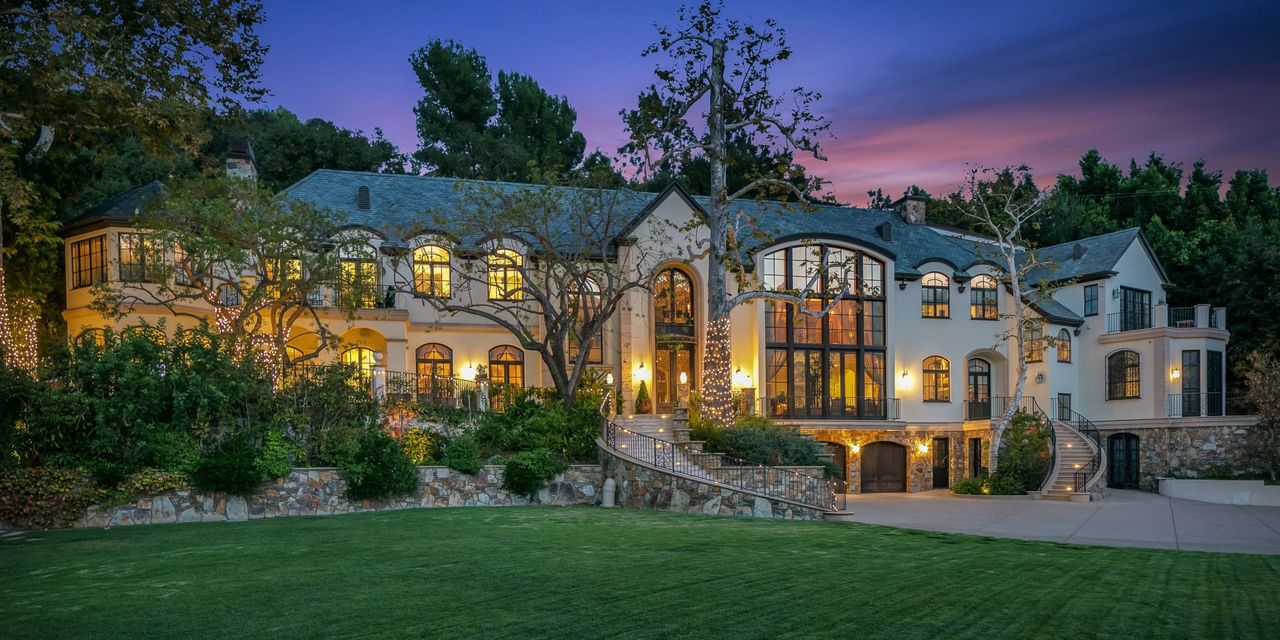 Kiss frontman Gene Simmons is ready to part with his Beverly Hills home of nearly 35 years. On the market for the first time ever, the palatial estate can be yours for $22 million. Josh and Matt Altman of Douglas Elliman hold the listing.

Fans of the rock legend may recall that the one-of-a-kind abode was the setting for the singer’s reality TV show “Gene Simmons Family Jewels,” which ran on the A&E network from 2006 until 2012.

Set on 2 acres on the exclusive “tennis court row” of Benedict Canyon, the grounds include a 16,000-square-foot mansion, a pool, 60-foot water slide, parking for 35 cars, and yes, a professional-sized tennis court.

Simmons and his wife, Shannon Tweed Simmons, purchased the property in 1986 for $1.3 million. They’ve lived there for decades with their two children.

According to property records, the couple renovated the property in 2000. They’ve updated and expanded the mansion, which now resembles a European-style estate.

Enter into a domed, 40-foot-high foyer with curved staircase. The high-ceilinged living area features a fireplace, double-height windows, and a mezzanine level overlooking the space.

The kitchen includes two islands with seating, and looks out to the family room, which contains elaborately coffered ceilings. A formal dining room features French doors and a chandelier.

The musician also housed his extensive memorabilia collection in the mansion. According to the Wall Street Journal, the empty nesters have decided to move to Washington state.

If you want a more affordable piece of the family jewels, Simmons has also listed a modest midcentury modern home in the Hollywood Hills he’s owned since 2013.

Placed on the market in August for $2.2 million, it’s since been relisted for $1.9 million. The 2,345-square-foot split-level layout features an updated floor plan with four bedrooms and two bathrooms, walls of glass, panoramic Los Angeles views, and multiple decks.

Simmons, 71, is the bassist and co-lead singer of Kiss, the rock band he co-founded in the early 1970s. Known for theatrical stage costumes and face paint, the group has become one of the best-selling acts of all time, with 75 million records sold.

This story originally appeared on Realtor.com

Describe 2020 in one word: ‘Lockdown,’ according to the Oxford and Collins Dictionary…

AstraZeneca, Oxford Covid-19 vaccine can be up to 90% effective, late-stage trials…

AstraZeneca-Oxford vaccine: ‘100 million doses to be available by January,…

How to enable WhatsApp Dissapearing messages; Check here for more…

Prev Next 1 of 3,636
You cannot print contents of this website.
Go to mobile version