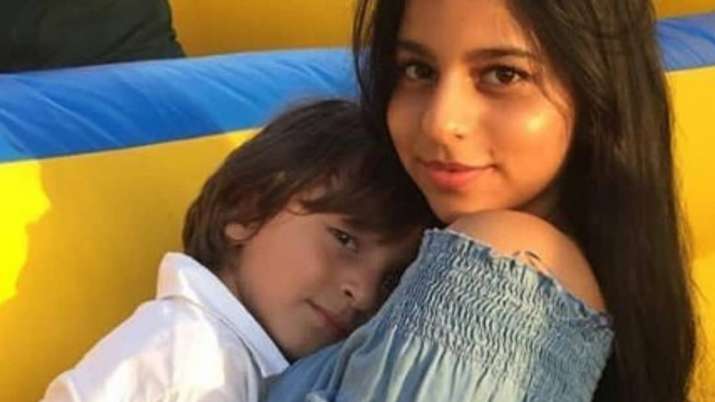 Bollywood superstar Shah Rukh Khan and Gauri Khan’s little son AbRam has turned eight today. The duo welcomed him via surrogacy in 2013. SRK keeps treating fans with his special moments with the little munchkin. On his birthday, sister Suhana Khan took to her Instagram stories to share an unseen pool video. It shows the brother-sister duo enjoying pool time and AbRam pecking his elder sister’s cheek while she takes the video.

Along with the video, Suhana Khan wrote ‘birthday boy’ with an awe-struck emoji. Check out the video here-

On May 22, Suhana Khan also celebrated her 21st birthday. The star kid is in New York where she is learning film studies. She celebrated her birthday with her friends. Mother Gauri Khan wished Suhana with an endearing picture. Sharing Suhana’s gorgeous click, she wrote, “Happy birthday…. you are loved today , tomorrow and always.” The picture showed Suhana posing in a black and white polka dot dress.

Suhana also shared a picture from her birthday party and wrote, ‘Twenty One.’ She styled her green dress with a matching purse and left her hair open. The pictures of Suhana’s birthday party with friends in New York also went viral on the internet. Another picture showed the diva cutting her birthday cake and playing with balloons.

The star kid’s pictures in a black dress from her birthday have also gone viral. It shows Suhana enjoying with her friends and making the most of her special day.

On the other hand, while Suhana is yet to make her Bollywood debut, she has already featured in short film called The Grey Part Of Blue. Sharing the film on YouTube, the director had written, “Incredibly happy to finally release The Grey Part of Blue. I am blessed to have worked alongside the most amazing and talented set of people, throughout what has been the most incredible journey. What a year, and what an experience. I want to say thank you to all of you for the continued support, and now for watching and sharing your feelings on the short film. All of it, thank you, it means the world.”

Sushmita Sen drops selfie with daughters Renee and Alisah, calls them ‘my universe’

New Delhi: Actress Susmita Sen is very active on social media. On Thursday, the actress has shared a glimpse …
1