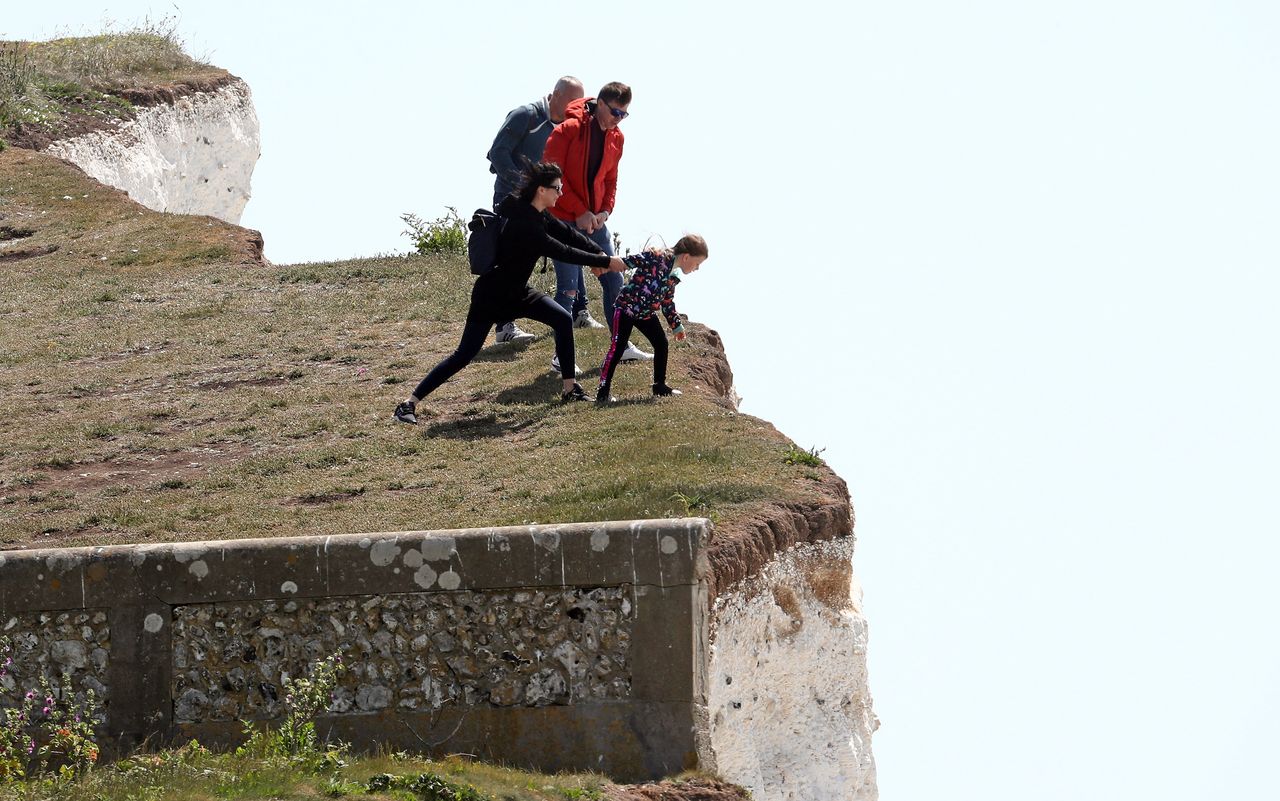 The S&P 500 index is teetering on the edge of a rarefied perch, persistently brushing aside uncertainties created by the COVID-19 pandemic in its ascent.

For investors, there’s really no template for…

My daughter won’t speak to me. Her therapist…

Although the rally by arguably the most important stock-market benchmark in the world has stalled out, its proximity to an all-time closing peak has made a number of investors uneasy to say the least.

“Never before have I seen a market so highly valued in the face of overwhelming uncertainty,” James Montier, behavioral economist and member of GMO’s asset allocation team, wrote it in a recent research paper titled “Reasons (not) to be cheerful: Certainty, Absurdity, and Fallacious Narratives.”

“
The U.S. stock market looks increasingly like the hapless Wile E. Coyote, running off the edge of a cliff in pursuit of the pesky Roadrunner but not yet realizing the ground beneath his feet had run out some time ago
”

Of course, like Voltaire’s satirizing in Candide of 17th century philosopher Gottfried Wilhelm Leibniz, who also espoused the thesis of a sort of dauntless optimism, Montier thinks market participants may be far too cavalier about the equity index’s burst higher in the face of a unprecedented economic calamity created by the worst pandemic in modern times.

“It is as if Mr. Market is taking a tail risk (albeit a good one) and pricing it with certainty,” Montier wrote.

If the S&P 500 is able to join the Nasdaq Composite in record territory at any point over the next several weeks, it will have traversed its bear-market low to a record high in the shortest span of time on record, according to Dow Jones Market Data. The current record recovery was 310 trading days from Feb. 9, 1966 to May 4, 1967. Thus far, 102 trading days have passed between the S&P 500’s March 23, 2020.

Montier’s concern at the pace of the recovery in stocks is one held by a number of bearish and bullish investors alike. How can the market surge so mightily after tumbling more than 30% to its lows in March against a backdrop of economic carnage.

The GMO investor said that only the Great Financial Crisis of 2008-09 represents a parallel to the so-called V-shaped, fast and potent, bounce higher that we have observed in the market.

“It is certainly true in theory that the stock market is meant to be a forward-looking device, capable of seeing through short-term issues,” Montier notes. “History teaches us that the market is usually a master of double-counting, attaching peak multiples to peak earnings, and trough multiples to trough earnings,” he adds.

Fretfulness about a further fiscal stimulus from Congress, a China-U.S. flare-up, as the two countries indefinitely canceled plans to hold talks about Beijing’s adherence to terms of a phase-one trade accord, and worries that the viral outbreak could mount a punishing resurgence in the fall and/or winter are just a few pressing concerns for market participants.

However, Thomas Lee, founder of Fundstrat Global Advisors, remains unabashedly sanguine about the market’s outlook. He raised his year-end target for the S&P 500 by 75 points to 3,525.  “From our vantage point, this is just a waiting game.  That is, we believe there are catalysts to support a move well beyond 3,393.52,” he wrote in a Friday research note.

That said, Lee’s prediction for the start of a bullish uptrend for the market, sparked by so-called epicenter stocks–financials, energy and other sectors–that have been left behind in the recent rally, failed to materialize on Aug. 14 as he had predicted. It’s, perhaps, worth giving the strategist a few more sessions to see how that call shapes up into next week.

It’s hard to glean the outlook for the economy and the market by observing Wall Street investing luminaries either.

Read: Jobless claims fall below 1 million for first time since start of coronavirus pandemic
Also checkout: Did the expired $600 federal jobless benefit keep people from going back to work?

On Friday, a backwards looking peek into funds run by billionaire George Soros indicated that he was loading up on financial firms, including Bank of America
BAC,
+0.45%,
Morgan Stanley
MS,
+0.23%,
Wells Fargo & Co.
WFC,
+1.11%,
Citigroup
C,
+0.07%,
and PNC Financial Services
PNC,
+0.66%,
which would suffer the most if the economy fails to manifest the V-shaped recovery that stocks appear to predict. At the same period, Warren Buffett’s Berkshire Hathaway
BRK.B,
-0.48%
BRK.A,
-0.58%
was unloading, or lightening, his position in many of the same names and scooping up shares of gold miner Barrick Gold Corp
GOLD,
-0.55%,
according to public filings that offer a snapshot of investor holdings at a given point.

So, who’s right about the outlook?

Montier offers some advice, though: “Rather than acting as if the uncertainty doesn’t exist (the current fad), the value investor embraces it and demands a margin of safety to reflect the unknown.”

Looking into next, week the economic calendar looks light also as corporate earnings reporting season winds down to a trickle.

The usual report on U.S. weekly jobless benefit claims on Thursday take center stage and before that on Wednesday, the Federal Reserve will release the minutes to its July 28-19 meeting, which provide some further insights about policy makers’ views of the economy.

Many Fed members have been insistent that fiscal stimulus is a key pillar of the next phase of the economy’s recovery after the Fed has doled out trillions to prop up financial markets.

There is also regional manufacturing surveys of the New York and Philadelphia regions due next week, which will help investors gauge whether the revival in heavy industry accelerated in August, as is likely.