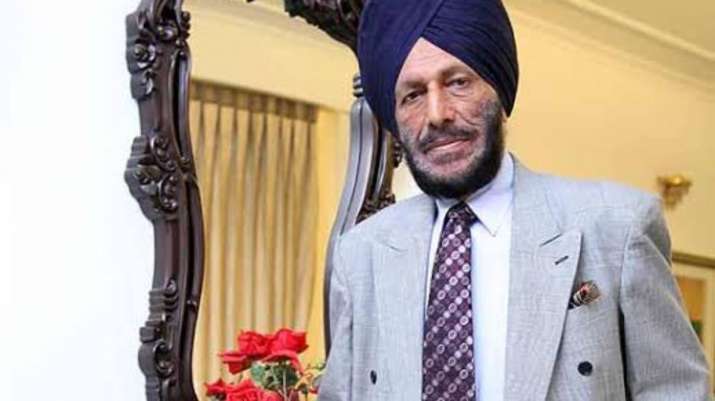 Sports Minister Kiren Rijiju on Friday condoled the death of Milkha Singh, saying the legendary sprinter will continue to inspire every Indian for years to come.

Rijiju said in Milkha’s demise, the country has lost a star.

“India has lost its star. Milkha Singh Ji has left us but he will continue to inspire every Indian to shine for India. My deepest condolences to the family.

“I pray for his soul to rest in peace,” the minister tweeted.

Milkha died on Friday at a Chandigarh hospital after a month-long battle with COVID-19, during which he lost his former national volleyball captain wife Nirmal Kaur to the same ailment.

The Padma Shri awardee was 91 and is survived by his golfer son Jeev Milkha Singh and three daughters.

The sprint icon’s condition turned critical this evening as he developed complications, including fever and dipping oxygen saturation levels, after a bout with COVID-19, in the Intensive Care Unit of the PGIMER hospital.

He had contracted COVID-19 last month and tested negative for the virus on Wednesday when he was shifted to general ICU in another block of the hospital.

The legendary athlete is a four-time Asian Games gold medallist and the 1958 Commonwealth Games champion but his greatest performance remains the fourth-place finish in the 400m final of the 1960 Rome Olympics.

His timing of 45.6 sec at the Italian capital remained the national record for 38 years before Paramjeet Singh broke it in 1998.

Kei Nishikori beaten in return from 1-year break in Kitzbuehel

Image Source : AP Kei Nishikori in action during the first round of Generali Open on Tuesday. Kei …
1

New Delhi: Kangana Ranaut has an opinion on everything. The actress never fails to put forth her views on …
1