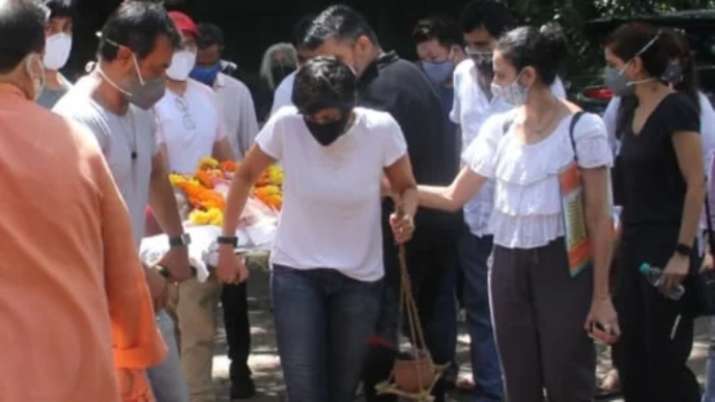 Filmmaker Raj Kaushal’s death sent shock waves across the industry. Kaushal reportedly succumbed to a heart attack and it was heartbreaking when mourning pictures of the late filmmaker’s wife, actress Mandira Bedi surfaced on the Internet. While several sympathised with Mandira, there were some who trolled her for her choice of clothes and for performing the last rites of her husband, a role which as per traditional rituals taken up by male members of the family.

Standing up for Mandira, Sona took to Twitter and penned down a befitting message for those looking down upon the actress. “That some people are still commenting on Mandira Bedi’s dress code or choice to carry out her husband Raj Kushal’s last rites shouldn’t surprise us. Stupidity is more abundant than any other element in our world after all,” she wrote.

Kaushal started out as a copywriter in 1989 and then worked as an assistant director with Mukul Anand.

He eventually set up his own advertising-production company, Fuel, and went on to direct over 800 commercials. One of the last commercials that Kaushal directed was with Vicky Kaushal.

Tabu In The Talks To Reprise Her Own Role In AndhaDhun’s Tamil Remake!

Ayushmann Khurrana-Tabu starrer AndhaDhun is likely one of the extremely acclaimed Bollywood movies in current instances. Apart from …
1

What is Rhea Drugs Chat, why is Rhea Chakraborty being questioned by NCB | Sushant Death Case

Image Source : INSTAGRAM/RHEACHAKRABORTYFANCLUB What is Rhea Drugs Chat, why is Rhea Chakraborty being questioned by NCB | …
0