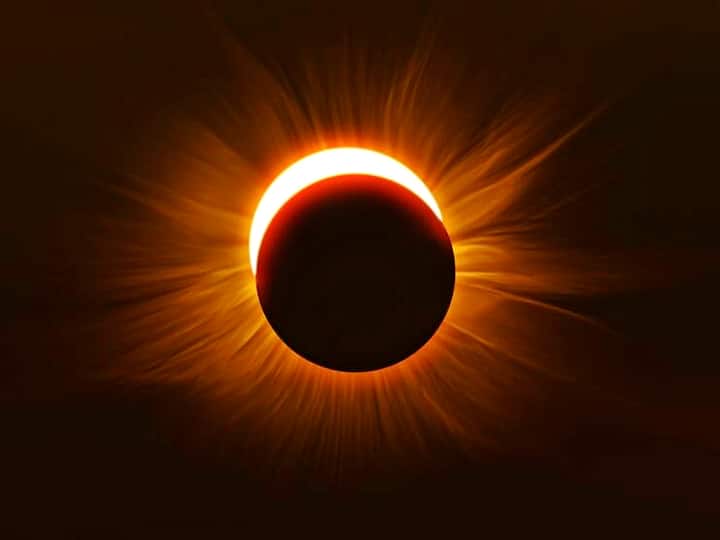 Solar Eclipse 2021: The first Solar Eclipse of the year 2021 is going to take place on June 10. This comes soon after the first lunar eclipse took place on May 26.

A solar eclipse occurs when the Moon comes between the Sun and Earth, and blocks the light of the Sun from reaching the planet. Those who are planning to watch this rare cosmic phenomenon should use protective solar eclipse-viewing glasses to directly view the event. Read on to know more about Solar Eclipse time, date, and how you can watch it in India.

First Solar eclipse 2021 date and time
The Solar Eclipse, also known as ‘Surya Grahan’ in India, will take place on June 10. The annular solar eclipse will begin at 01:42 PM (IST) and will be visible until 06:41 PM (IST), as updated on Timeanddate.com.

Will it be visible in India?
According to NASA, the solar eclipse will be visible from parts of Canada, Greenland, and Russia. The path of eclipse shows that those living in northern Ontario and on the north side of Lake Superior will be able to see it. In Canada, it will be visible for three minutes.

At the peak of the solar eclipse, the ring of fire will be visible in Greenland. Siberia and the North Pole will also be able to witness the celestial event however several countries including India will miss out on it.

How to watch Solar Eclipse in India?
Even though the solar eclipse will not be visible in India, people can witness the celestial event online. The live stream link of the solar eclipse has been made available on several portals and more links will be shared on the day of the eclipse, so that you don’t miss it on June 10.

What is the Ring of Fire?
When the Moon is farthest from Earth within its elliptical orbit, it forms a ring of light, which is visible around the Moon, NASA explains. So due to its distance, the moon appears a bit smaller than the sun and is unable to block the entire view of it. Hence, people are able to witness a visual which is called as the ‘Ring of Fire.’

According to the astrological predictions, the first solar eclipse of the year is taking place in Taurus. Therefore, people born in the Taurus zodiac sign need to be very careful. The rules of Sutak will not be applicable due to the partial nature of the solar eclipse. According to astrological and religious beliefs, auspicious works are not undertaken during the Sutak period. When a total solar eclipse occurs, the Sutak period begins 12 hours before the occurrence of the eclipse. So this time, the doors of the temples will not be closed.

Next Solar Eclipse
According to NASA, the second and last solar eclipse of 2021 will take place on December 4. It will be a total solar eclipse that will be visible in much of Europe, Asia, Australia, North/West Africa, North America, South America, Pacific, Atlantic, Indian Ocean, and Arctic region.

New Delhi: Nature may not have appeared this beautiful ever, thanks to the lockdown measures imposed in various …
1

Daily Horoscope, May 15, 2021: Leos Need To Stay Cool; Know About Other Sun Signs

Aries – You will have a very good day today. You will also get rid of the confusion …
0

Nita Mukesh Ambani on the occasion of International Women’s Day on Sunday, launched ‘Her Circle‘, a digital networking …
0

New Delhi: Priyanka Chopra Jonas, who is currently in London, has set up a fundraiser to help India …
0