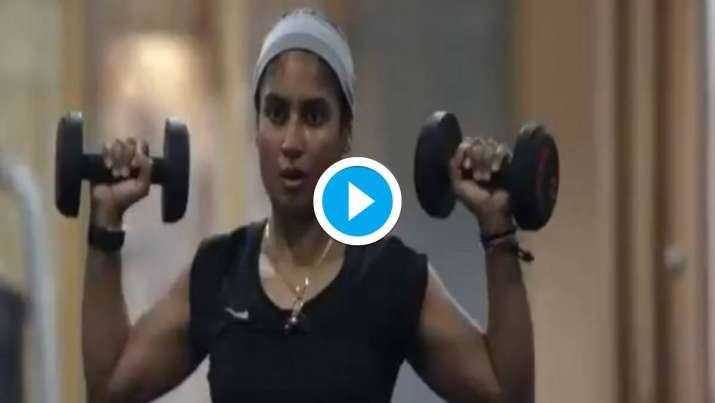 Taking to Twitter, the official handle of BCCI Women posted a video of the players working out in the gym and the caption read: “Shut the Noise! We are INDIA.”

The Indian team is currently quarantining in Mumbai ahead of the UK tour. The Test will be India’s first in seven years.

Apart from the one-off test, the women’s team will play three ODIs, and three T20Is against England. The two teams will face off in a four-day Test match, beginning June 16. The ODI series will begin June 27 with the matches slated to be played at Bristol, Taunton, and Worcester.

Earlier, the third women’s Twenty20 between India and England at the Cloudfm County Ground in Chelmsford has been advanced by a day to July 14 for “broadcast purposes”.

Manpreet Singh, five other hockey players discharged from hospital after recovering from COVID-19

Tvesa, Gaurika return as youngsters get set to challenge stars in 4th leg of Hero WPGT

Investigations still on, no clean chit to anyone including Dera head in Bargari sacrilege case: SIT Chief Parmar

Chandigarh: Asserting that the investigations in the cases of sacrilege of Sri Guru Granth Sahib were moving fast …
4