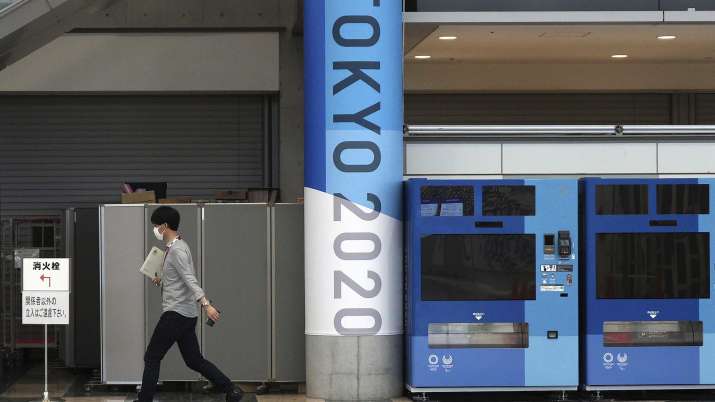 A member of the Serbian Olympic rowing team has tested positive for COVID-19 while trying to enter Japan for the Tokyo Olympics that are to open in just under three weeks.

The news was reported Sunday by the Japanese agency Kyodo and cited Japanese health ministry officials.

Officials said the athlete was isolated at Tokyo’s Haneda airport. Four others travelling along were reportedly transferred to a facility near the airport. They had been scheduled to travel to a training camp in Nanto in central Japan.

Nanto officials said the training camp was likely to be cancelled.

The report comes after two members of the Ugandan Olympic delegation tested positive for the coronavirus last month upon arrival in Japan. One tested positive at Narita airport near Tokyo, but the remainder of the team was allowed to travel to a training site.

A second member of the delegation was found later to have the virus.

Seiko Hashimoto, the president of the organising committee, said on Friday that more than 500 participants had arrived in Tokyo without incident. About 11,000 Olympic and 4.400 Paralympic athletes will arrive for the Olympics, in addition to tens of thousands of other coaches, judges, and Olympic officials.

Organisers still have not decided about allowing local fans into venues. Fans from abroad were banned months ago.

Almost two weeks ago, organisers said they would allow indoor and outdoor venues to be filled to 50 per cent of capacity up to 10,000.

READ ALSO :  FIFA postpones U-17 Women’s WC in India due to COVID-19, AIFF saw it coming

But with new infections rising daily in Tokyo for two weeks, local organisers are expected to meet this week with the International Olympic Committee and others and lower the cap, or remove spectators altogether.

Japan media have reported many possible scenarios: They include: no fans at all; no fans at the opening ceremony on July 23; limits on fans at night events; dropping the limit at all venues to 5,000.

Dr Shigeru Omi, a top government medical adviser, has said repeatedly that no fans is the safest option. He has also questioned why the Olympics are being held at all in the middle of a pandemic. He has termed it “abnormal.”

Bigg Boss 14: How Rahul Vaidya uses Jaan’s insecurity against him

Kangana Ranaut applies haldi to brother ahead of his wedding