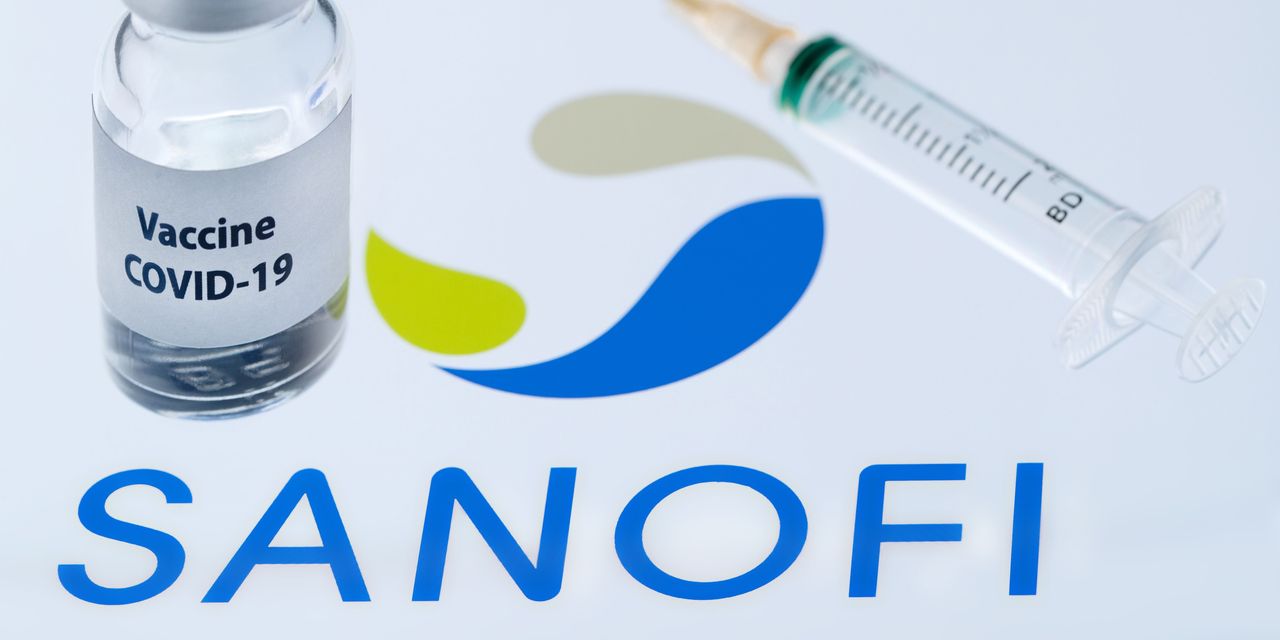 Sanofi
SAN,
-0.27%
will help manufacture millions of doses of the COVID shot developed by rivals BioNTech and Pfizer
PFE,
+0.08%
to help speed up vaccine efforts in the 27-member bloc, which has been grappling with shortages and delays.

In an unusual move, the French pharmaceutical group said on Wednesday that it will give Germany-based BioNTech
BNTX,
-3.91%
access to a production facility in Frankfurt to produce more than 125 million doses of its vaccine in Europe, which will start to be delivered this summer.

“
“We are very conscious that the earlier vaccine doses are available, the more lives can potentially be saved”
”

“We are very conscious that the earlier vaccine doses are available, the more lives can potentially be saved,” said Paul Hudson, chief executive of Sanofi
SNY,
-0.97%,
in a statement.

“Although vaccination campaigns have started around the world, the ability to get shots into arms is being limited by lower than expected supplies and delayed approval timelines owing to production shortages. We have made the decision to support BioNTech
22UA,
-3.32%
and Pfizer
0Q1N,
+1.36%
in manufacturing their COVID-19 vaccine in order to help address global needs, given that we have the technology and facilities to do so,” Hudson added.

BioNTech and Pfizer have said they can produce 2 billion doses in 2021, but demand has outstripped supply as mass immunization campaigns have started in countries worldwide, including the U.K., the U.S. and Europe.

Earlier this month, the two companies said they needed to temporarily cut supplies to the European Union in order to increase production in the future. U.K.-Swedish drug company AstraZeneca
AZN,
-1.69%,
which has developed its vaccine with the University of Oxford, warned on Friday that it would not be able to fulfil its contractual obligations with the bloc and deliver the 100 million doses promised by the end of March, due to problems at a manufacturing site.

The delays prompted the EU, which has ordered 600 million doses of the Pfizer–BioNTech shot, to say that it might restrict exports of vaccines made in the bloc.

Pascal Soriot, chief executive of AstraZeneca
AZN,
+0.80%,
defended its rollout of its vaccine, saying that his team was working “24/7 to fix the very many issues of production of the vaccine.”

In an interview with Italian newspaper La Repubblica, published on Wednesday, Soriot said production was “basically two months behind where we wanted to be,” adding that the EU’s late decision to sign contracts had given limited time to iron out supply issues.

“We’ve also had teething issues like this in the U.K. supply chain. But the U.K. contract was signed three months before the European vaccine deal. So with the U.K. we have had an extra three months to fix all the glitches we experienced,” Soriot said.

The European Medicines Agency is hoping to be able to authorize the AstraZeneca vaccine by Jan. 29.

Sanofi’s decision to help BioNTech and Pfizer comes even as its own vaccine candidate, which it is developing together with pharmaceutical GlaxoSmithKline
GSK,
-0.52%,
faces delays.

The two companies in December delayed the launch of their experimental shot to later this year, after data from its Phase 1/2 trials clinical trials showed an insufficient immune response in older people.

A new Phase-2 trial will start in February. If data are positive, a global Phase 3 study could start in the second quarter, the company said on Wednesday.

Sanofi’s other vaccine candidate, which is jointly being developed with Translate Bio
TBIO,
-6.05%,
a clinical-stage messenger RNA therapeutics company, is due to enter a Phase 1/2 study in the first quarter of 2021.