As for running trains for candidates appearing in various exams across the country, Yadav said: “We will run trains whenever there is request from the state governments for exams and other such purposes.”

On a question about the Supreme Court order to remove about 48,000 shanties along the tracks in the national capital within three months, Yadav said: “Immediate action for removing garbage along the tracks will be taken jointly by the Delhi government and the Railways in accordance with the top court’s orders.” 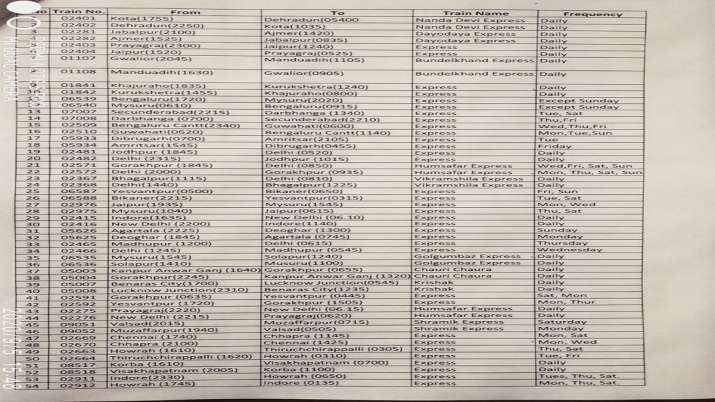