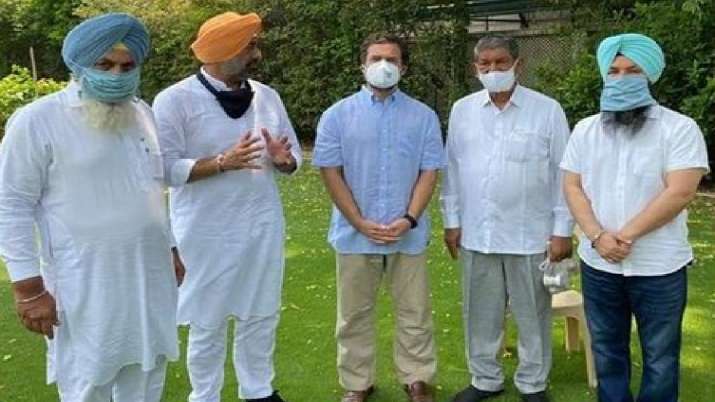 The Punjab Ekta Party, led by former AAP leader Sukhpal Singh Khaira, announced its merger with the Congress on Thursday, with its leaders calling on Rahul Gandhi here.

Khaira, the former leader of opposition in the Punjab Assembly, said the Aam Aadmi Party (AAP) is a “one-man show” and his quitting the Congress to join the Arvind Kejriwal-led party in 2015 was a “mistake”.

Khaira, an MLA from Bholath, along with Jagdev Singh Kamalu (MLA from Maur in Bathinda district) and Pirmal Singh Khalsa (MLA from Bhadaur in Barnala district), met Gandhi and joined the Congress formally.

“The AAP is only a one-man show and there is nothing beyond Arvind Kejriwal in the party,” Khaira told reporters after meeting Gandhi at his Tuglaq Lane residence.

Khaira said he is rejoining his old party and reposed his faith in the leadership of Gandhi.

He attacked the AAP as being undemocratic and said there was no system of internal democracy or dialogue within the party.

Khaira also alleged that he was undemocratically removed as the leader of opposition in the Punjab Assembly and thereafter, he quit the party to form the Punjab Ekta party, which has units in every district of the state.

“Kejriwal is in the habit of scoring self-goals,” he said, adding that a number of NRIs who had supported the AAP in the last Punjab Assembly polls stood disillusioned with the party.

Khaira alleged that the NRIs had supported the party financially during the last Assembly polls but no money ever reached the people of Punjab.

“The trust of the NRIs in the AAP stands shattered,” he said, urging them to back the Congress now.

French Open: It was for sure the most beautiful match I’ve played here in Paris, says Djokovic

Paris: World No. 1 player Novac Djokovic became the first player in history to reach the final of …
1