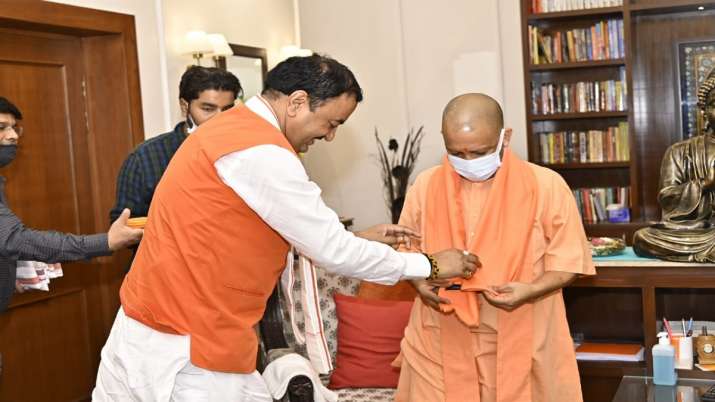 In a bid to send a strong message of a united face of Bharatiya Janata Party (BJP) in Uttar Pradesh, which is slated to go elections in 2022, Chief Minister Yogi Adityanath on Tuesday travelled to his deputy’s house.

Even though the meeting was termed as a personal visit, it is being believed that the step was taken with a view to refute the reports of rift between the CM and his deputy Keshav Maurya.

The Chief Minister and UP’s other Deputy Chief Minister, Dinesh Sharma, attended a lunch hosted by Maurya to mark the marriage of his son in May.

Soon after the meeting the Chief Minister and his deputies went to the BJP office in Lucknow for a meeting that was attended by top party leaders from Delhi.

BL Santosh and Radha Mohan Singh, state BJP chief Swatantra Dev Singh were also present in the meeting with at least 20 other senior leaders which lasted for more than five hours.