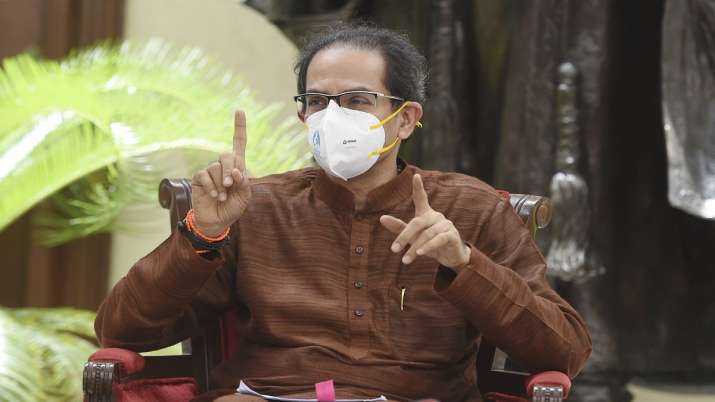 In a veiled swipe at local Congress leaders, Maharashtra Chief Minister and Shiv Sena president Uddhav Thackeray said on Saturday that people would “beat with footwear” those who only talk about contesting elections alone without offering solutions to people’s problems.

Speaking on the occassion of Shiv Sena’s 55th foundation day, Uddhav said, “All political parties should keep ambitions aside and focus on economy and health.”

People will beat with footwear: Uddhav indirectly hits out at ally Congress

Without naming the ally Congress, Thackeray said, “If we do not offer solutions to people’s problems but only talked about going it alone in politics, people will beat us with footwear. They will not listen to our party-centric, ambitious talk of contesting elections alone.”

Recently Mumbai Congress chief Bhai Jagtap had said he was ready to contest the next year’s Mumbai civic polls without joining hands with the Sena.

The Sena and Congress, adversaries for decades, formed government in Maharashtra along with the NCP after the Uddhav Thackeray-led party fell out with the BJP in 2019.

“If a party wishes to say that it wants to contest elections without joining hands with others, it should offer confidence and courage to people. Otherwise people will ask what plans the party has to provide them livelihood, jobs,” Thackeray further said.

“Sena is not desperate for power…. we will not unnecessarily carry others’ burden. We will always take a firm stand to protect the interests of common man. Even we can give a call for contesting elections without alliance,” he said.

‘Focus needs to be towards economy, health’

Economy and health were the two key issues before the country, the Maharashtra chief minister said.

“The time has come for all the political parties to decide whether they want political success for the sake of it or for finding solutions on the economic front. Social unrest would be a harsh word to describe it, but the country is heading for social unease for sure,” he said.

“If we indulge in cynical politics without giving a thought to the ways to find solutions to economic and health challenges before us, then we are in serious trouble,” he added. The Shiv Sena was founded by Uddhav Thackeray’s father Bal Thackeray in 1966.

Samsung Galaxy M12 launched in India: Everything to know before buying

Kangana Ranaut’s Dad: Her battle is like that of Shri Krishna’s against evil