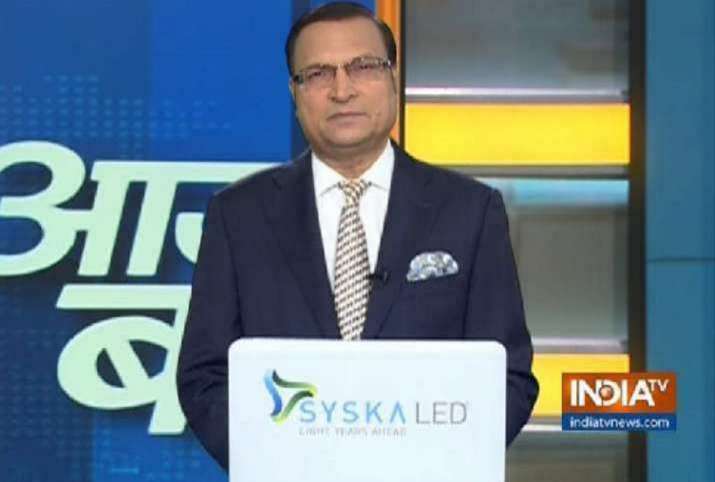 I was surprised when I read news about Covaxin vaccine in the media on Wednesday. The news was sure to create fear and confusion in the minds of people who wanted to get themselves vaccinated. Gaurav Pandhi, who looks after the social media wing of Congress party, had in a video alleged that the blood of newborn calf is used in Covaxin. He claimed on Twitter that the blood of a 20-day-old bovine calf is used to make the vaccine and the calf is slaughtered. He described it as heinous.


Medical scientists also took notice of his allegation. The Health Ministry responded after the Congress spokesperson Pawan Khera sought the government’s response. Scientists reacted immediately and said that the charge was baseless. They said, new born calf serum is not present in the vaccine. Bharat Biotech, which manufacturers Covaxin, came with a statement outrightly rejecting the charge. Already, there has been vaccine hesitancy on part of many people in India and scientists were worried whether the fresh charge could create fear in the minds of people. Since the matter was serious, and it could affect vaccination drive and create fear among people, I decided to put all the facts in perspective.

Gaurav Pandhi is no ordinary man. He is the national coordinator of the Digital Communications and Social Media team of Congress party. His job is to circulate every tweet posted by his leader Rahul Gandhi. On Wednesday, Pandhi posted several tweets one by one about the presence of new born calf serum in Covaxin. He tagged an RTI reply to his tweet. He wrote on Twitter: “In an RTI response, Modi govt has admitted that Covaxin consists newborn calf serum.. which is a portion of clotted blood obtained from less than 20 days young cow-calves, after slaughtering them. THIS IS HEINOUS! This information should have been made public before.” In another tweet, he shared a research document that gave details on how calf serum is obtained.

The research document says, “Newborn calf serum is the liquid fraction of clotted blood derived from healthy, slaughtered bovine calves aged less than 20 days, deemed fit for human consumption through ante- and/or post-mortem inspection. It is collected in abattoiris inspected by the competent authority of the country of origin. There are no deletions or additions (including preservatives) allowed.”

Gaurav Pandhi knew the political and religious ramifications of his tweets. He knew that his charge could create fear and confusion over Covid vaccines in the mind of people. When people started retweeting his tweets, the manufacturer of Covaxin, Bharat Biotech came out with its statement. Bharat Biotech said, “Covaxin vaccine itself does not contain any serum. New born calf serum is used in manufacturing vaccines all over the world. But the calf serum are present in the vaccines administered to humans. New born calf serum is used for the growth of cells, but is neither used in the growth of SARS-CoV-2 virus nor in the final formulation. COVAXIN is highly purified to contain only the inactivated virus components by removing all other impurities.”

When rumours spread on social media and questions were raised about vaccines, the Health Ministry came out with its statement. The Health Ministry said, “The final vaccine (COVAXIN) does not contain newborn calf serum at all and the calf serum is not an ingredient of the final vaccine product.” The ministry said, newborn calf serum is used only in the preparation of Vero cells for the vaccine. The use of bovine and other animal serums is  common and this has been prevalent while producing many vaccines for other diseases like polio, rabies and influenza.

“When scientists grow viruses in a lab, they try to recreate the same conditions that are found in a human body. They use solutions of sugar, salts, and various meat extracts to make that possible. They start using Vero cells, which are kidney cells taken from African green monkey. These Vero cells are used as a vector to grow genetically engineered viruses.

“Since viruses cannot live without a host, these cells help them grow. These cells are washed with water and chemicals multiple times to get rid of the newborn calf serum. They are then used to develop the vaccine. During this process, the Vero cells are also destroyed when the virus is injected into it. Later the SARS-CoV-2 virus is also killed (deactivated) and purified, so there is no chance of infection for a person being vaccinated”, the statement said.

BJP spokesperson Sambit Patra alleged that the Congress party was trying to derail the nationwide vaccination drive. He alleged that the Congress was committing a “sin” by questioning a Covid vaccine developed indigenously in India. Sambit Patra is a doctor, and he explained the entire process involved in the making of a vaccine. He pointed out how bovine serum is used to create Vero cells, which hold the key to the making of a vaccine.

We spoke to virology and genetics experts in the field. Dr N K Ganguly, former director general of ICMR (Indian Council of Medical Research) emphatically said that calf serum is not present in the final product, that is the Covid vaccine. The entire controversy arose because Gaurav Pandhi had alleged that new born calf (less than 20 days old) are slaughtered to make the vaccine. When he posed the same question to Dr Ganguly, he replied that serum could be taken from a new born calf, and it was not necessary to slaughter the animal.

There is a Latin saying in court language, “suppressio veri, suggestio falsi”, which means you suppress one part and then make a false suggestion. The Congress social media coordinator twisted facts to convey a completely lopsided and incorrect impression: about newborn calf serum being present in Covaxin vaccine. The Health Ministry and Bharat Biotech company’s statements amply describe the process in which new born calf serum is used, not only for Covid vaccines, but also for polio, rabies and influenza vaccines. Both emphatically reject the assertion that calf serum is present in the final product.

The Congress coordinator fully understands that in a vast country like India where more than 85 per cent people worship cows and consider cow slaughter as taboo, levelling such an allegation has big ramifications. Cow slaughter is a sensitive issue and by revealing that new born calf serum is used in the process of making Covid vaccine will surely hurt the feelings of millions of Hindus.

By doing so, Gaurav Pandhi has fuelled suspicions about Covid vaccines among millions of Indians. I would rather say that the national social media coordinator of Congress party has committed a grave sin. He tried to create fear in the minds of millions of devout Hindus. This could have dangerous repercussions. Despite clarifications from the Health Ministry, Gaurav Pandhi stood by his tweets.  Senior Congress leaders realized the communal angle in his tweets and Pandhi was asked to delete, but he did not. Ultimately, Twitter has blocked his account for posting these objectionable tweets.

Though the Congress has distanced itself from Pandhi’s tweets, he continues to head the social digital media team of a party, that ruled India for more than 70 years. Pandhi has embarrassed the Congress party and  has sought to sow seeds of mistrust among people about Covid vaccines. I appreciate the timely response from the Health Ministry and Bharat Biotech, which has nipped the seeds of communal hate in the bud.

This is not the first time that baseless rumours about Covid vaccines were floated. Already India TV reporters who visited many villages in the vast hinterland of India, have found villagers unwilling to take the vaccine. Some even fear that they may die if they take the vaccine. Villagers have been chasing away vaccination teams when then reach the villages to set camps. It has been a tough job for health workers to convince villagers about the efficacy of Covid vaccines.

I would appeal to all our friends and viewers to tell people that the unnecessary confusion about calf serum that Gaurav Pandhi sought to spread through social media, is completely baseless. They must tell people that calf serum is not present in any of the Covid vaccines. Beware of rumour mongers, stop circulation of rumours and get yourself vaccinated soon. This is the only way out for all of us from this deadly pandemic.

India’s Number One and the most followed Super Prime Time News Show ‘Aaj Ki Baat – Rajat Sharma Ke Saath’ was launched just before the 2014 General Elections. Since its inception, the show is redefining India’s super-prime time and is numerically far ahead of its contemporaries.

Mumbai: Three times National Award winner Kangana Ranaut on Saturday revealed the name of her character in her …
0