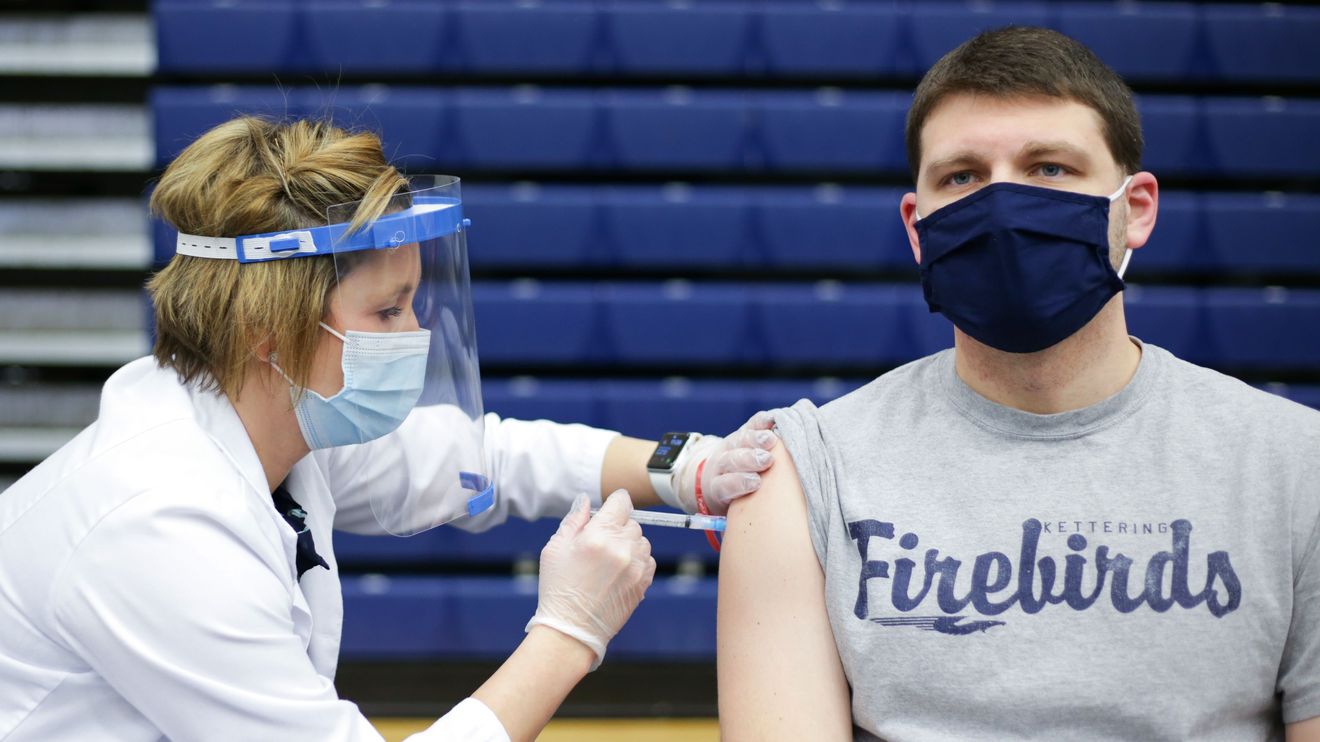 At the start of this year, demand for COVID-19 vaccines outpaced supply. The chances of winning the lottery felt higher than getting a vaccine appointment.

Now the U.S. is confronting the opposite problem: a lack of demand for vaccines.

In hopes of increasing the amount of people who get vaccinated, states including California, New York and Michigan are dangling million-dollar lottery drawings for people who get their shots.

Ohio was the first state to announce a special lottery in mid-May for individuals who received at least one dose of a COVID-19 vaccine.

Vax-a-Million, the state’s five-week-long lottery, enabled Ohioans 18 and older to enter their vaccination records for the chance to win one of five $1 million prizes. Ohio residents ages 12 to 17 could win a free ride to an Ohio state university or college.

Did it lead to a sustained increase in vaccination rates or merely a temporary bump?

Three Boston University School of Medicine researchers compared U.S. Centers for Disease Prevention and Control vaccination data before and after the Ohio lottery with other states in the U.S. that didn’t have vaccine incentive lottery programs.

“The study did not find evidence that a lottery based incentive in Ohio was associated with increased rates of adult COVID-19 vaccinations,” the authors wrote.

Rather, they suggest that the uptick in adult vaccination rates was associated with the Food and Drug Administration’s May 10 emergency approval of the Pfizer
PFE,
+0.92%
vaccine for 12 to 15-year-olds.

READ ALSO :  From student-loan forgiveness to targeting for-profit colleges, the Biden administration will aim to reverse many of Betsy DeVos’s education policies

“The small and transient increase in vaccinations just after May 12 in Ohio was similar to the rest of the U.S. states that did not have a lottery incentive,” Allan Walkey, an author of the study, told MarketWatch.

“It doesn’t make much sense,” he said. “What’s obvious is that after we announced Vax-a-Million our numbers increased.”

There was a 44% increase in the share of people 16 and older who got their first vaccine shot the week after Ohio Gov. Mike DeWine’s May 12 announcement compared to the week before, according to Ohio vaccination data.

That leveled off slightly the following week, but nevertheless, the rate of Ohioans who received their first dose was 15% higher than it was before the Vax-a-Million announcement, Tierney noted.

The bump in people who got vaccinated exceeded DeWine’s expectations, Tierney told MarketWatch.

The study, he said, also did not take into account an estimated $50 million worth of free publicity the state received for Vax-a-Million. That helped “change the tenor of how people talked about getting the vaccine,” he told MarketWatch.

“People were having really positive conversations when they talked about vaccines after it was announced,” he added. “That had to have some effect that’s intangible.”

The authors of the JAMA study said “[f]urther evidence supporting the effectiveness of lotteries as strategies for increasing vaccine uptake are needed prior to widespread and potentially costly adoption.”

READ ALSO :  I got into an accident after my friend asked me to drive her car. She insists I pay her full deductible. Is that fair?

In Ohio, the total cost of the lottery program amounted to the $5 million in prize money, plus about $650,000 in scholarship money, Tierney told MarketWatch. “Staff involved were salaried, and the Ohio Lottery already owned the equipment to conduct the drawings,” he said. One Ohio newspaper noted that the $5 million in prize money was roughly equal to the average hospital bill for 40 severe cases of COVID-19.

The blank-check bonanza has already reached mind-boggling heights, however now we appear to have jumped the shark. A …
0

The enormous job of vaccinating the nation is underway, but for rural Americans, getting a COVID-19 vaccine becomes …
1

Watermelon shots, anyone? A new flavored vodka hits the market

The bottle Absolut Watermelon, $25 The backstory Americans kicking off the summer season this holiday weekend will likely …
1

Reddit Inc. doubled its valuation to $6 billion in a new round of funding that comes as the …
1