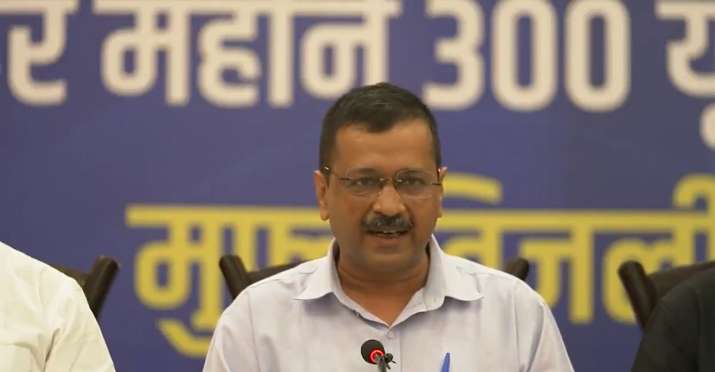 In a major boost for Aam Aadmi Party’s poll campaign in Uttarakhand, Delhi Chief Minister Arvind Kejriwal on Sunday announced free electricity up to 300 units per month for each household and 24-hour power supply in the state if AAP wins the polls.

Arvind Kejriwal has also promised to waive off wrong or pending bills. He also assured that like Delhi, there would not be power cuts in Uttarakhand.

“In terms of electricity, I guarantee four things. After our government is made, we will provide 300 units of free electricity. Farmers will get free electricity. Pending bills will be waived. It will take some time to provide 24-hour electricity, but we will do it,” Kejriwal while addressing a press briefing.

The AAP leader also hit out at the BJP and the Congress, saying leaders of Uttarakhand have left no stone unturned to destroy the state.

“Uttarakhand’s people have been getting ground by these two parties (BJP and Congress) like grain between two millstones…They are only fighting for the chair,” Kejriwal said in his first press conference amid AAP’s campaign for the state polls scheduled for February 2022.

Hitting out at his rival, the ruling BJP government in the state, Kejriwal said, “The ruling party does not have a CM. They themselves say ‘our CM is bad’, there is a fight for CMs within the BJP.” “And the opposition does not have a leader, they are busy doing the round of Delhi,” he added. “Who will think about the development of Uttarakhand,” he questioned.

India to be at centre of global healthcare effort with its experience, research talent: PM Modi

Image Source : PTI India to be at centre of global healthcare effort with its experience, research talent: …
0

New Delhi: Global icon Priyanka Chopra Jonas is a stunner like nobody else. The actress who is currently …
0

Davinder Singh, the dismissed Jammu and Kashmir Police deputy superintendent of police (DSP), not only played a key …
0