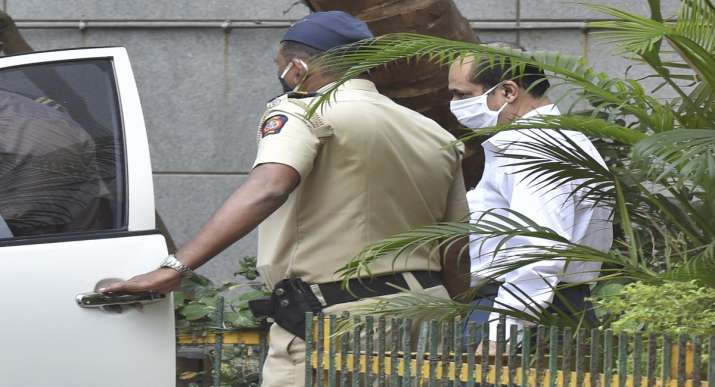 The National Investigation Agency (NIA) on Tuesday seized a high-end car apparently registered in the name of arrested Mumbai Police officer Sachin Vaze from Navi Mumbai, an official said. The probe team had been looking for this Mitsubishi Outlander SUV for the last several days, the official said.

The NIA is probing the cases of the recovery of an explosives-laden SUV found outside the south Mumbai residence of industrialist Mukesh Ambani last month and the subsequent murder of businessman Mansukh Hiran, the purported owner of that vehicle.

On specific information, a team of NIA officials travelled to the Kamothe area in Navi Mumbai and recovered the SUV, which was found parked outside a housing society in sector 7, he said.

The car’s number plate shows it was registered in the name of arrested API Sachin Vaze, the official added.

The NIA suspects that this SUV was driven by a police officer who was Vaze’s colleague.

Earlier, the NIA had seized at least five high-end cars allegedly used by Vaze which include two Mercedes Benz, a Prado, the Scorpio which was used to carry explosives, and an Innova car which tailed the Scorpio on the day of planting of explosives outside Ambani’s residence ‘Antilia’.

The ATS, which initially investigated the Hiran murder case before the NIA took over, had seized a Volvo car with the Maharashtra registration number from Union Territory of Daman. However, there was no clarity about who owned that car.

ALSO READ | ‘I am being made a scapegoat’: Sachin Vaze tells NIA Court

Guava benefits: Know the amazing benefits of this powerful fruit

Half the population of Pune shows COVID-19 antibodies: Sero-Survey