Induja’s parents couldn’t afford private coaching and yet she worked hard and cracked the NEET.

The dream of becoming a doctor for Induja, a daughter of a daily wager who studied in a government school in Tamil Nadu’s Thiruvallur district may soon come true. She could join her dream medical college this year, thanks to the new law by the Tamil Nadu government that earmarks 7.5 per cent seats for students from government schools like her.

Her parents couldn’t afford private coaching and yet she worked hard and cracked the NEET – the mandatory entrance test for medical admission – with 289 marks. But without the reservation, she wouldn’t have made it.

“But for this quota, this wouldn’t have happened. I am so happy that soon I’ll become a doctor,” Induja told NDTV. 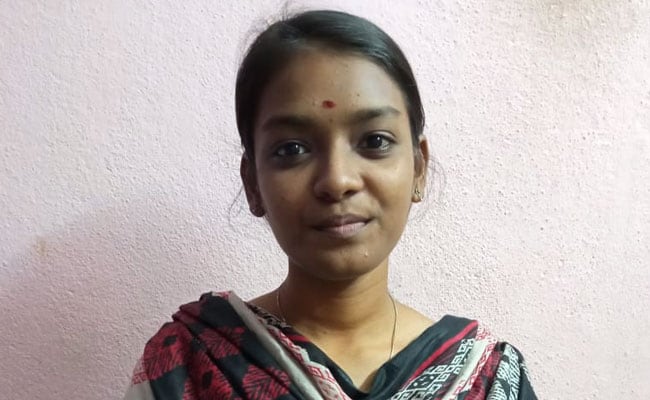 Induja says her dream of becoming a doctor would not have happened without the new quota.

For nearly a decade Tamil Nadu had abolished the medical entrance exam, reasoning it works against underprivileged students who can’t afford private coaching. The state handed out medical admissions based on Class 12 marks. However, NEET changed this. Of the 4,000 medical seats, just a few government school students made it to medicine over the last few years and 13 students including toppers died by suicide, dejected by the issue.

Dr J Radhakrishnan, Tamil Nadu Health Secretary, told NDTV, “It’s a landmark bill which has now become an Act. 303 seats will now be available for such students subject to rules of reservation. It’s a horizontal kind of allocation. It will really solve the long-pending issue faced by a huge number of government school students who weren’t able to compete on equal footing with those who were able to afford private coaching.”

It is another form of social justice in a state known for it, fulfilling dreams of the less privileged of becoming doctors. Even though the move may face legal scrutiny, with seven months for state elections, it is a shot in the arm for the AIADMK government which couldn’t win a legal exemption from the NEET.