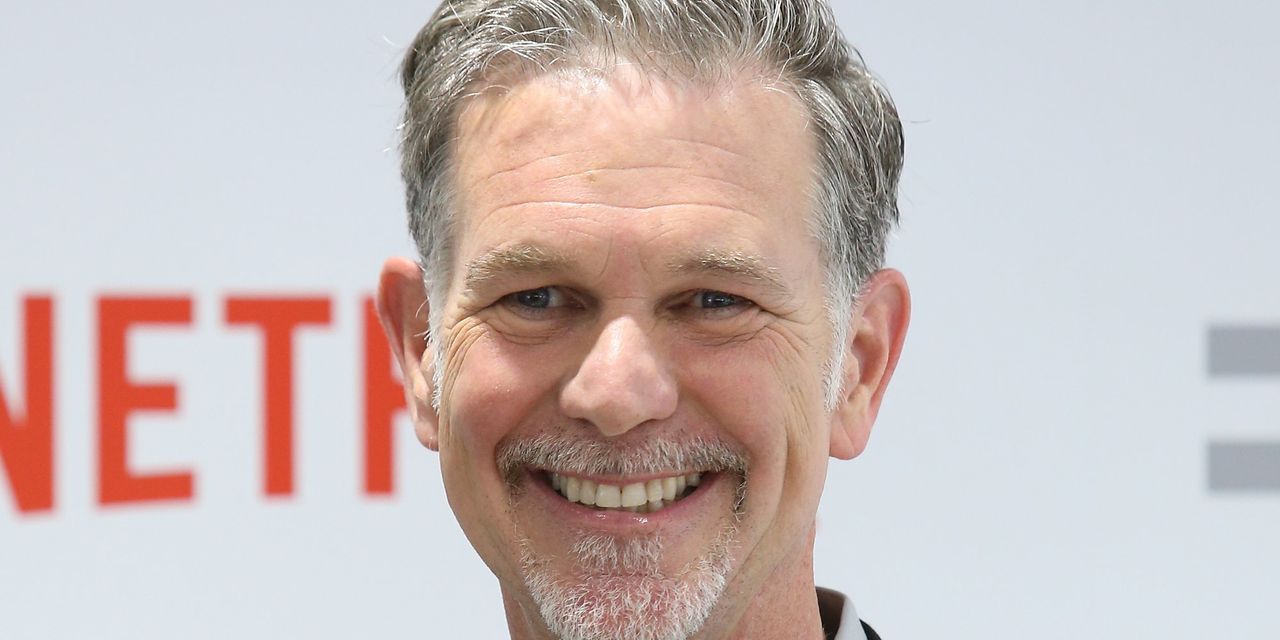 Cards Against Humanity skipped its annual…

The lines for COVID-19 tests are longer than…

I’ve already been injected with a COVID…

Is it possible to shop safely this Black…

Netflix
NFLX,
-0.99%
reported 2.2 million net new subscribers in its third quarter, after two consecutive quarters topping the 10 million mark amid shelter-in-place orders related to the COVID-19 pandemic. The No. 1 streaming service reported net earnings of $790 million, or $1.74 a share, compared with net income of $1.47 a share in the year-ago quarter. Revenue improved to $6.44 billion from $5.25 billion a year ago. Analysts surveyed by FactSet had expected adjusted earnings of $2.13 a share on sales of $6.39 billion.

Netflix warned in July that the subscriber gains it experienced in the first half of the year would likely lead to a deceleration in the second half, guiding for 2.5 million new subscribers in the third quarter. Investors sold off the stock in response, sending shares down 6.5% the next day.

Netflix forecast 6 million new subscribers in the fourth quarter, which came up short of analysts’ average expectations of 6.56 million, according to FactSet. Shares fell about 5% Tuesday in after-hours action immediately following the release of the report.

“The state of the pandemic and its impact continues to make projections very uncertain, but as the world hopefully recovers in 2021, we would expect that our growth will revert back to levels similar to pre-COVID,” company executives said in a letter to shareholders. “In turn, we expect paid net adds are likely to be down year over year in the first half of 2021 as compared to the big spike in paid net adds we experienced in the first half of 2020.”

“Because the pandemic has been long lasting, and some states have loosened their quarantine restrictions, Netflix’s U.S. subscriber growth … is reaching saturation,” eMarketer analyst Ross Benes said. “However, Netflix has tremendous upside internationally and we expect significant subscriber additions abroad.”

As Europe and perhaps U.S. states impose lockdowns during the latest wave of COVID-19 cases, Netflix could benefit with more viewers at home — especially amid a precipitous drop in ratings for pro sporting events, and the continuing decline of movie theaters. However, Netflix is also facing furious competition from Apple Inc. AAPL, Walt Disney Co. DIS, Comcast Corp. CMCSA, AT&T Inc. T, Amazon.com Inc. AMZN, and others that are trying to catch up in streaming.

Netflix has enjoyed an advantage on those newer rivals because of the developed pipeline it had for content, which meant it had plenty of new shows and movies already in the can when COVID-19 forced production of new content to halt. Executives attempted to ameliorate concerns about the pipeline in the second half of the year and into 2021 Tuesday by revealing that shooting has resumed for high-profile content including the fourth season of “Stranger Things” and the second season of “The Witcher.”

“For our 2021 slate, we continue to expect the number of Netflix originals launched on our service to be up year over year in each quarter of 2021 and we’re confident that we’ll have an exciting range of programming for our members, particularly relative to other entertainment service options,” executives said in their letter to shareholders.

The production slowdown actually helped Netflix’s cash flow, however, as it continued to rake in subscription fees while not realizing costs for making new content. Netflix reported free cash flow of $1.1 billion in the third quarter, after losing more than $550 million by that metric in the same quarter a year ago.

“For the full year 2020, we forecast [free cash flow] to be approximately $2 billion, up from our prior expectation of break-even to positive,” executives disclosed. “This change is due primarily to our higher operating margin expectation for 2020 and the timing of cash spending on content.”

With subscriptions slowing down, analysts have suggested that Netflix could raise prices, pointing to recent moves to shore up its financials. This month, Netflix stopped offering free trials in the U.S. and raised HD subscription rates in Canada, leading to speculation that it might follow suit in the U.S.

Read more: Is Netflix about to raise prices in U.S.? Recent actions suggest it could happen

The company had no comment on potential higher prices in the days leading to its results, but some of its nearly 200 million subscribers seem open to the idea, according to one Wall Street firm.

Still, COVID-19 both hampers and benefits Netflix, Raymond James analyst Aaron Kessler warned in an Oct. 16 note. “While we continue to view Netflix as a long-term winner in the video-on-demand space, we remain hesitant around near-term factors including 1) uncertainty around the pace of subscriber additions post-pandemic; 2) the impact of the pandemic on content releases into 2021; and 3) the company’s pricing power as new DTC services compete for market share,” Kessler wrote.

Prev Next 1 of 3,727
You cannot print contents of this website.
Go to mobile version