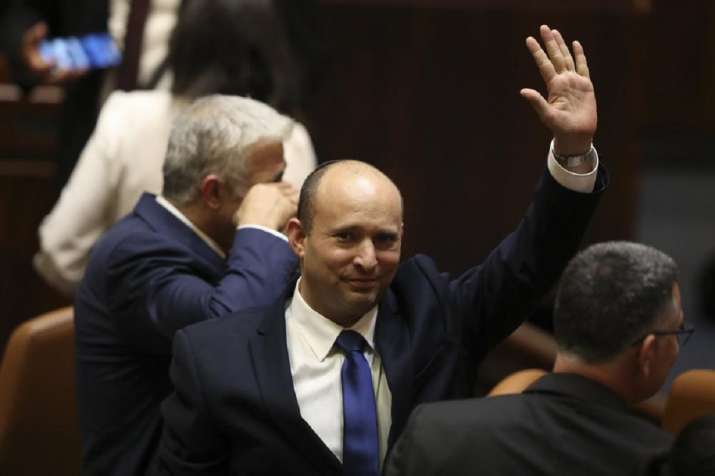 Israel’s newly elected Prime Minister Naftali Bennett said on Monday that he was looking forward to working with his Indian counterpart Narendra Modi to further develop the “unique and warm relations” between the two democracies.

Bennett, the 49-year-old leader of the right-wing Yamina party who on Sunday became the new premier ending Benjamin Netanyahu’s 12-year hold on power, said this while responding to Prime Minister Modi’s congratulatory tweet.

Prime Minister Modi earlier congratulated Bennett on being sworn in as Israel’s new prime minister, and said he looked forward to meeting him and deepening the strategic partnership between the two countries as they celebrate 30 years of the upgradation of diplomatic ties next year.

“Thank you Mr. Prime Minister @narendramodi, I look forward to working with you to further develop the unique and warm relations between our two democracies,” Bennett tweeted from his official handle.

Bennett took oath of office on Sunday after the Knesset (Parliament) elected him as the 13th Prime Minister of Israel. Alternate Prime Minister and Foreign Minister Yair Lapid also said that Israel’s new government will work to “advance strategic relations” with India.

“I look forward to working together to advance the strategic relations between our countries and hope to welcome you to Israel soon,” Lapid tweeted on Monday in response to a congratulatory message from External Affairs Minister S Jaishankar.

Lapid, the head of the Yesh Atid party, would take over premiership in September 2023 under a power-sharing deal with Bennett, serving for two years till the end of the term.

In his tweets, Modi also conveyed his “profound gratitude” to Netanyahu, whose long tenure as Israeli prime minister ended on Sunday.

“As you complete your successful tenure as the Prime Minister of the State of Israel, I convey my profound gratitude for your leadership and personal attention to India-Israel strategic partnership @netanyahu,” Modi tweeted.

The personal chemistry between the two leaders has often been talked about in the Israeli media and Prime Minister Modi got a royal welcome during his historic trip to the Jewish state in July 2017 when Netanyahu accompanied him almost like a shadow during his entire visit.

The gesture then extended to Modi is reserved for very few people in Israel. The new national unity government – an unprecedented coalition of ideologically divergent political parties drawn from the Right, the Left and the Centre, along with an Arab party – has a razor-thin majority in a 120-member house.

The formation of the new government ended the political impasse in the country that saw four elections in less than two years leading to inconclusive results.

Bihar exams 2021: Bihar Board to promote students of Class 1 to 8 without examination

New Delhi: An important news has come out for the students studying in Bihar board. In fact, Bihar …
0