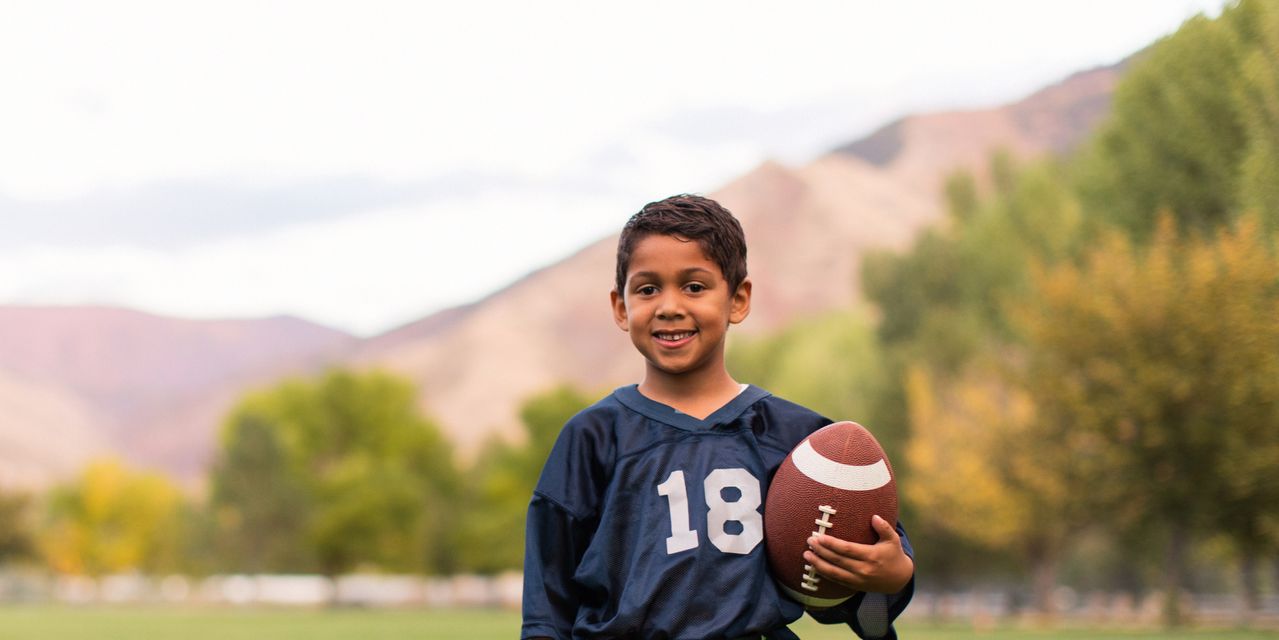 It’s an exchange-traded fund made up of some of the most “growthy”
companies on the planet that also happen to be comparatively undervalued.

Sweden’s population is losing confidence in…

Slack shares skyrocket 38% on report of…

Its holdings are the 100 second-largest companies in the Nasdaq Composite index
COMP,
+0.63%,
a grouping that’s often associated with tech stocks, except that some of its best-known components, such as Amazon.com
AMZN,
+2.47%
and Apple Inc.
AAPL,
+1.34%
transcend the category.

The fund’s advertisements include the tagline “Explore new ways to access the innovators of Nasdaq,” even as its top ten holdings include a chipmaker
MRVL,
+1.41%,
a broadband utility, and a trucking company
ODFL,
-4.44%.

And one prominent ETF-watcher wonders why Invesco didn’t launch the fund 15 years ago, even as he muses on what kind of experience it may offer investors.

Perhaps it’s not surprising, then, that a fund that doesn’t fit neatly into any existing categories would be viewed very differently by different analysts.

Todd Rosenbluth, head of ETF and mutual fund research for CFRA, likens the fund, which is popularly known by its ticker, QQQJ, to “the younger brother of the captain of the football team entering high school.”

Given the enormous heft and star power of the “big brother,” the Invesco QQQ Trust
QQQ,
+0.78%,
all eyes are on the younger sibling, Rosenbluth said in an interview. As in human sibling relationships, there will be similarities and differences – and there are great expectations as well.

Just as investors often associate QQQ, which tracks the 100 largest non-financial companies listed on the Nasdaq Exchange, with tech stocks, QQQJ needs to be carefully considered for what’s actually inside it, Rosenbluth thinks. It’s a mixture of large- and mid-cap companies, and has a more diversified sector lineup than its big brother, he said.

Perhaps more importantly, “At some point, the FAANG stocks will stop leading the market and the next wave of companies will potentially step up and replace them,” Rosenbluth said. “That’s what QQQJ offers exposure to.”

Invesco told Rosenbluth that
there are 35 companies currently in the QQQ – the top 100 – that had “graduated”
out of the next tier, or what QQQJ’s index now covers.

But ETF industry veteran Dave Nadig, now chief investment officer and director of research at ETF Database, remains a bit more focused on the other 65.

“This is for somebody who’s looking for go-go growth,” he said. “If you’re saying what I want is to get the companies that are even riskier and have even less guarantee of success, this is for you. This is for aggressive investors. And anecdotally it seems we have a whole lot of them in the market right now.”

There
are a lot of comparisons to the dot-com bubble circulating, and Nadig is
uncomfortable with most of them – but he does think it’s spot-on in one sense. “Companies
like Amazon and Google actually did change the world,” he said in an interview.
“It just took longer than anyone thought and produced fewer winners than we
expected.”

To some extent, that’s a narrative that can be told about funds as well as stocks, he thinks. There have been a raft of ETFs purely focused on innovative technologies, and some of them, like the suite of products from ARK Invest, have trounced the broader market over the past year. And there also has been a wave of innovation-lite funds that have followed in their footsteps.

While Rosenbluth is often known for encouraging investors to
“look inside” at an ETF’s holdings, when it comes to QQQJ, that’s Nadig’s line.
He calls the fund’s portfolio “quirky,” but adds, “it’s a smart idea. They’ll
make a ton of money.”

The fund launched in early October, and has already taken in nearly $90 million in assets, a feat Rosenbluth calls “rare.” QQQ has been on a tear this year, and now tops $137 billion in assets.

Read next: Coronavirus was the perfect storm for tech innovation, and this fund manager made out

Goldman Sachs is launching a new trading platform as an insurance policy. Here’s why