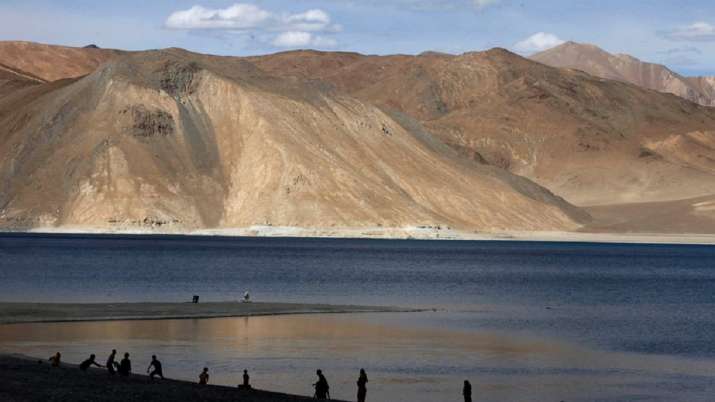 India and China on Friday agreed to hold the next round of military talks at an early date to achieve the objective of complete disengagement in remaining friction points in eastern Ladakh amid fresh sparring between the two sides on the prolonged LAC standoff.

At a virtual meeting of the Working Mechanism for Consultation and Coordination (WMCC) on border affairs, the two sides had a “frank exchange” of views and decided to maintain dialogue to reach a mutually acceptable solution for withdrawal of troops in all friction points to enable progress in the overall ties, according to the Ministry of External Affairs (MEA) here.

In a statement at the end of the talks, the MEA said both sides agreed on the need to find an early resolution to the remaining issues along the Line of Actual Control (LAC) in eastern Ladakh.

The talks took place in the backdrop of a fresh round of sparring between the two sides over the standoff as well as deadlock in further movement in the disengagement process after the withdrawal of troops by both sides from the north and south banks of Pangong Lake in February.

“Both sides agreed on the need to find an early resolution to the remaining issues along the Line of Actual Control (LAC) in eastern Ladakh keeping in view the agreement reached between the two foreign ministers in September 2020,” the MEA statement said.

“In this regard, the two sides agreed to maintain dialogue and communication through the diplomatic and military mechanisms to reach a mutually acceptable solution for complete disengagement from all friction points so as to ensure full restoration of peace and tranquillity to enable progress in the bilateral relations,” it added.

The MEA said both sides also agreed that in the interim, the two sides will continue to ensure stability on the ground and prevent any untoward incident.

“The two sides agreed to hold the next round of the senior commanders meeting at an early date to achieve the objective of complete disengagement from all the friction points along the LAC in the western sector in accordance with the existing bilateral agreements and protocols,” it said. India refers to the eastern Ladakh region as the western sector. The previous round of military talks(11th round) was held on April 9.

“The two sides had a frank exchange of views on the situation along the LAC in the western sector of the India-China border areas,” the MEA said.

A war of words broke out between India and China on the border standoff this week.

India on Thursday blamed China for the standoff saying its amassing of a large number of troops close to the border and attempts to unilaterally alter the status quo along the LAC last year were responsible for seriously disturbing peace and tranquillity in the region.

India’s response came after China said its military deployment in the region is a normal defence arrangement aimed at “preventing and responding” to alleged “encroachment and threat” on Chinese territory by India.

The WMCC meet was co-chaired by MEA’s additional secretary (East Asia) Naveen Srivastava and the director general of the boundary and oceanic department of China’s foreign ministry.

India and China had reached a five-point agreement to resolve the border standoff during talks between External Affairs Minister S Jaishankar and his Chinese counterpart Wang Yi at a meeting in Moscow on September 10 on the sidelines of a Shanghai Cooperation Organisation(SCO) conclave.

The pact included measures like quick disengagement of troops, avoiding action that could escalate tensions, adherence to all agreements and protocols on border management and steps to restore peace along the LAC.

India and China were locked in a military standoff at multiple friction points in eastern Ladakh since early May last year.


However, the two sides completed the withdrawal of troops and weapons from the North and South banks of Pangong lake in February following a series of military and diplomatic talks.

The two sides are now engaged in talks to extend the disengagement process to the remaining friction points.

India has been particularly pressing for disengagement of troops in Hot Springs, Gogra and Depsang.

According to military officials, each side currently has around 50,000 to 60,000 troops along the LAC in the sensitive high altitude sector.

There was no visible forward movement in disengagement of troops in the remaining friction points as the Chinese side did not show flexibility in their approach to this issue at the 11th round of military talks.

Last month, Army Chief Gen MM Naravane said there can be no de-escalation without complete disengagement at all friction points in eastern Ladakh and that the Indian Army is prepared for all contingencies in the region.

Gen Naravane also said that India is dealing with China in a “firm” and “non-escalatory” manner to ensure the sanctity of its claims in eastern Ladakh, and that it was even open to initiating confidence-building measures.

Maharashtra unlock: Restrictions to be eased partially in Mumbai from June 7