Popular comedian and actor Kapil Sharma has good news for his fans. Reportedly, the actor and his wife Ginni Chatrath are all set to welcome their second baby in January 2021. The duo became proud parents of their daughter Anayra in 2019 and now are looking forward to being parents again. While the beautiful couple has not made any announcements or confirmed the news, reports suggest that Ginni is in her last trimester and will give birth to their second child in January. Reports also suggest that Kapil’s mother has flown to Mumbai to help her daughter-in-law during the last phase of the pregnancy.

During Karwachauth celebrations, laughter queen Bharti Singh went live from her Instagram which gave a sneak peek into their celebrations and showed a glimpse of Ginni Chatrath with a baby bump. Also during Diwali pictures, Ginni can be seen hiding her baby bump behind a chair in their family photo featuring Kapil, his mother and their daughter Anayra. 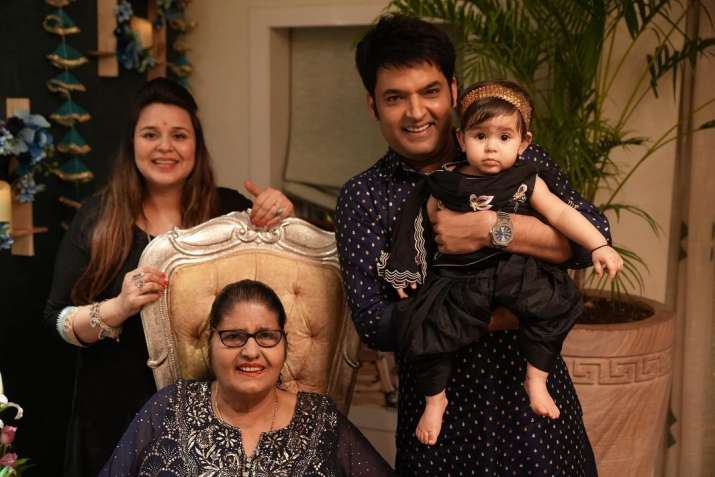 For the unversed, Kapil and Ginni got married in December 2018 in Jalandhar at a traditional Punjabi ceremony. Their wedding was preceded by days of ceremonies and pre-marriage rituals, including a sangeet which saw their friends dance the night away. On December 10, 2019, the couple welcomed their first child, their daughter Anayra. Announcing the arrival of his little princess, Kapil had tweeted, “Blessed to have a baby girl. Need your blessings. Love you all.”

Later in Jaunary this year, the comedian announced the name of his little angel by sharing adorable photos on Twitter. In one of the images, Kapil was seen holding his daughter and looking at her lovingly. “Meet our piece of heart ‘Anayra Sharma’ #gratitude,” Kapil captioned the image. This was the first time the comedian has shared a photograph of his newborn daughter.

For all latest news and updates, stay tuned to our Facebook page

Snapchat offers $1 million everyday for users to create videos on…

Prev Next 1 of 3,657
You cannot print contents of this website.
Go to mobile version