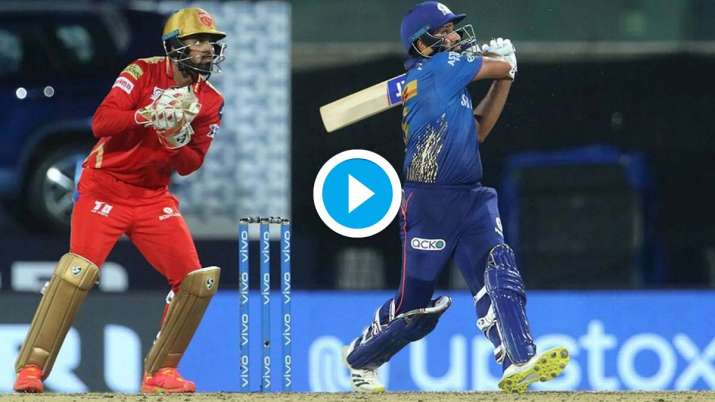 Mumbai Indians skipper Rohit Sharma was in decent touch on a difficult Chepauk track as he notched up his 50th IPL half-century on Friday against Punjab Kings. Rohit reached his fifty in 40 deliveries after his side lost Quinton de Kock (3) and Ishan Kishan (6) cheaply at the start.

The defending champions managed to score just 21 in the Powerplay as they slumped to 26/2 at the MA Chidambaram Stadium. Ishan fell prey to Ravi Bishnoi’s googly while de Kock departed for 3 against Moises Henriques in an attempt to clear mid-on.

Rohit, however, teamed up with Suryakumar Yadav as the duo helped Mumbai recover from two early blows in Chennai. The two added half-century stand for the third wicket as MI reached 95/2 by the end of 15th over.

In the course of his valiant fifty, Rohit also hit one out of the park against Fabian Allen who dished out a high-full toss. The MI skipper smacked a full-blooded shot for a maximum.

After losing the toss, Rohit has said that his side has understood how to bat as group after first few games. After a six-wicket defeat against Delhi Capitals on Tuesday, MI will be hoping to get back to winning ways.

“We were going to bat first anyway. While batting first in our games we have understood how to bat as a group. We have made mistakes but we hope we can put everything to rest tonight.

When we came here we saw some clouds so hopefully there shouldn’t be any dew. It was just a small niggle on my calf and it looks good now. We are unchanged,” said Rohit.

READ ALSO :  IND vs ENG 2nd Test | Rohit or Mayank? Kuldeep or Axar? What next for Team India to bounce back

New Delhi (Anish Yande): Samsung is working on a new device in the Samsung Galaxy A-series. Specs and …
2

Boom in social stress may contribute to population decline: Study