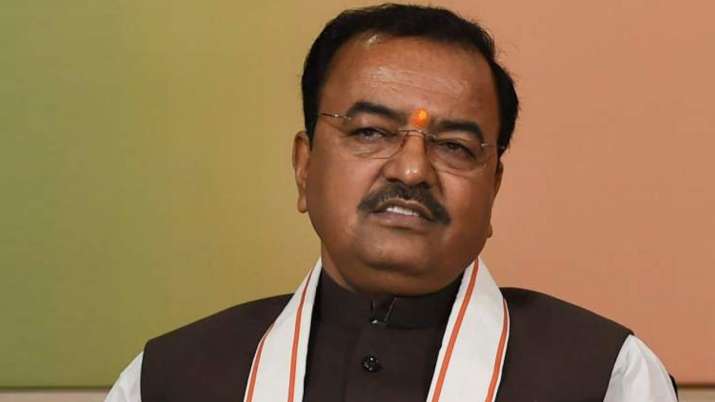 Uttar Pradesh Deputy Chief Minister Keshav Prasad Maurya has exuded confidence that the Bharatiya Janata Party (BJP) will repeat 2017 success in the state in the next year’s Assembly polls.

“The BJP will repeat 2017 success in the next year’s assembly polls. The BJP will perform even better than in 2017 and the opposition parties will see it. The BJP has a strong organisational presence and its booth level workers are confident about it,” he said while speaking at India TV’s day-long conclave Chunav Manch on Saturday afternoon.

The government, he said, has fulfilled the promises and the party is stronger than the organisation of opposition. “No party will be in a position to stand against the BJP,” he claimed.

“The opposition leaders are only visible on Twitter, they are disconnected from the people. …they will be disappointed in the next year’s polls,” he said.

Replying to a question on media reports about his differences with Chief Minister Yogi Adityanath, Maura said that all such reports are false and that “the CM never interferes with his departments”.

He said that the opposition leaders are falsely raising such issues because they are unable to digest a man from the backward class has been made the deputy CM. Maura comes from the OBC that makes around 41 per cent of the state’s total population of around 20 crore.

On Ayodhya issue, he said, “Those who are unable to digest that the Ram Mandir is being constructed are raising questions today. They were neck-deep in corruption… Congress even disputed the existence of Lord Ram and today its leaders are raising questions. The Samajwadi Party killed Ram Bhakats and now they are raising fingers at the BJP.”

“They are unable to digest Ayodhya’s development, Ram Mandir is being constructed. These all allegations are false…,” he said this while categorically rejecting the charges of ‘corruption’ being levelled by the opposition in land deals. “They should not use the word ghotala (scam) for the Ram Mandir.”

Maurya, who himself participated in the Ram Janmabhoomi movement, said that he wants the temple to be constructed as early as possible. He also informed that the state government is working on the Ram Van Gaman Marg — a project that seeks to retrace the path believed to have been taken by Lord Ram on his way to exile with Sita and brother Lakshman. Maurya also is the PWD minister.

On the Ghaziabad incident wherein a Muslim man was thrashed and his beard chopped off, he said that there is a rule of law in Uttar Pradesh under the BJP government and urged the opposition leaders to compete with the saffron party on the works being done by the government. He said that actions will surely be taken against those spreading rumours to create unrest in society.

The deputy CM further said that the Adityanath government has ended goondaism that was prevalent under the erstwhile governments.

“The hooliganism under the Samajwadi Party regime has not been forgotten by the people of the state,” he said.

Rejection opposition’s charge of ‘no development’, he said, “The opposition leaders have vision and hearing impairment and need treatment.” Maurya who has been associated with the RSS from an early age said, “60 per cent are with us and 40 per cent are others..but many from that 40 per cent are defecting and coming with us.”

The Bharatiya Janata Party had in 2017 Assembly polls stormed to power with a brute majority. The party won 312 of the 403 seats. Buoyed by the 2019 general elections results when the party won 62 of 80 parliamentary seats, 9 less than its 2014 tally, the saffron party is hopeful of a return in the next year’s poll. The country’s most populous state will go to the polls early next year. The term of the current Legislative Assembly expires in March 2022.

New Delhi: As many as 472 new COVID-19 instances have been confirmed and 11 extra deaths reported, taking …
2

West Bengal: 13 killed as vehicles collide due to thick fog in Jalpaiguri

Kolkata: In a tragic incident, 13 people died in an accident in Dhupguri town of Jalpaiguri district of …
0