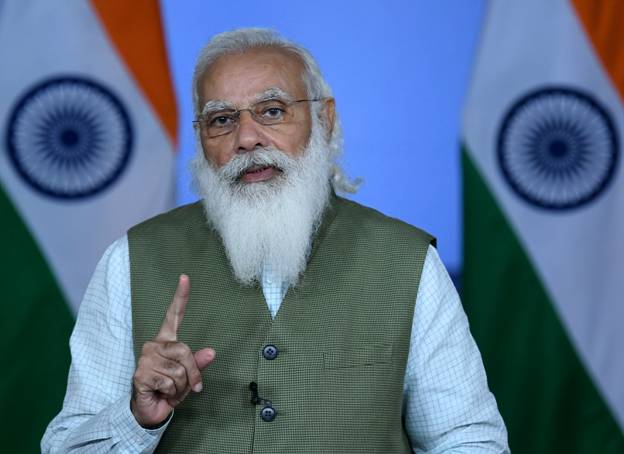 Prime Minister Narendra Modi on Monday delivered a keynote address at the UN “High-Level Dialogue on Desertification, Land Degradation and Drought” via video conference. The prime minister spoke at the opening segment in his capacity as the President of the 14th Session of the Conference of Parties of United Nations Convention to Combat Desertification (UNCCD).

Terming land as the “fundamental building block” for supporting all lives and livelihoods, PM Modi called for reduction of the tremendous pressure on land and its resources. “Clearly, a lot of work lies ahead of us. But we can do it. We can do it together,” he said.

Listing steps taken by India to deal with the land degradation issue, he said that the country has taken the lead to highlight such issues at international forums. “The Delhi Declaration of 2019 called for better access and stewardship over land, and emphasised gender-sensitive transformative projects. In India, over the last 10 years, around 3 million hectares of forest cover has been added. This has enhanced the combined forest cover to almost one-fourth of the country’s total area,” the prime minister informed.

Modi conveyed that India is on track to achieve its national commitment of Land degradation neutrality. “We are also working towards restoring 26 million hectares of degraded land by 2030. This would contribute to India’s commitment to achieve an additional carbon sink of 2.5 to 3 billion tonnes of carbon dioxide equivalent,” he said.

READ ALSO :  Night curfew on, no parties post 9 pm on Dec 31 in Ahmedabad

The prime minister gave example of the Banni region in Rann of Kutch in Gujarat to illustrate how restoration of land can start a virtuous cycle of good soil health, increased land productivity, food security and improved livelihoods. In Banni region, land restoration was done by developing grasslands, which helped in achieving land degradation neutrality. It also supports pastoral activities and livelihood by promoting animal husbandry. “In the same spirit, we need to devise effective strategies for land restoration while promoting indigenous techniques,” Modi stressed.

“In the spirit of South-South cooperation, India is assisting fellow developing countries to develop land restoration strategies. A Centre of Excellence is being set up in India to promote a scientific approach towards land degradation issues. It is mankind’s collective responsibility to reverse the damage to land caused by human activity. It is our sacred duty to leave a healthy planet for our future generations”, he said.

Image Source : PTI The government has invited bids for delivery of COVID-19 vaccines and drugs to remote …
1

16 migrant workers crushed to death by goods train in Maharashtra

Aurangabad (Maharashtra): Sixteen migrant workers sleeping on rail tracks whereas returning to Madhya Pradesh have been crushed to …
0