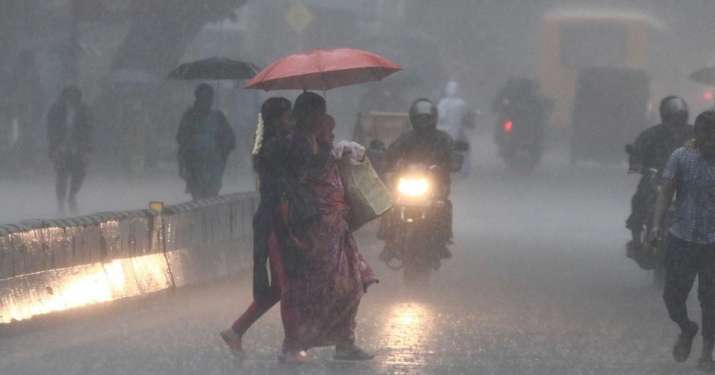 The India Meteorological Department (IMD) has issued an orange colour alert for Assam, Meghalaya, Nagaland, Manipur, Mizoram and Tripura for March 30-31 with a forecast of rains and thunderstorm over these northeastern states. It has also predicted an “intense wet spell” over northeast India until April 2.

Under the influence of strong lower level southwesterly winds from the Bay of Bengal, fairly widespread to widespread rain with thunderstorm and lightning at isolated places are very likely over northeast India during March 29-April 2 with maximum activity on March 30-31, the IMD said.

Isolated heavy rainfall on March 29 and April 1 and isolated heavy to very heavy rains on March 30 and 31 are very likely over south Assam, Meghalaya, Tripura and Mizoram, the weather department said.

Isolated heavy rains are likely over Arunachal Pradesh on April 1.

“It may cause landslides and inundation of low-lying areas at some places in south Assam, Meghalaya, Tripura and Mizoram during March 30–April 1,” the IMD said.

Due to this weather system, localised flooding of roads, waterlogging in low-lying areas and closure of underpasses mainly in urban areas is expected in south Assam, Meghalaya, Mizoram and Tripura from March 29 to April 1.

There could be an occasional reduction in visibility due to heavy rainfall, disruption of traffic due to waterlogging in roads leading to increased travel time, minor damage to kutcha roads and localised landslides, mudslides, the weatherman said.

Image Source : AP Taliban fighters search a vehicle at a checkpoint on the road in the Wazir …
5