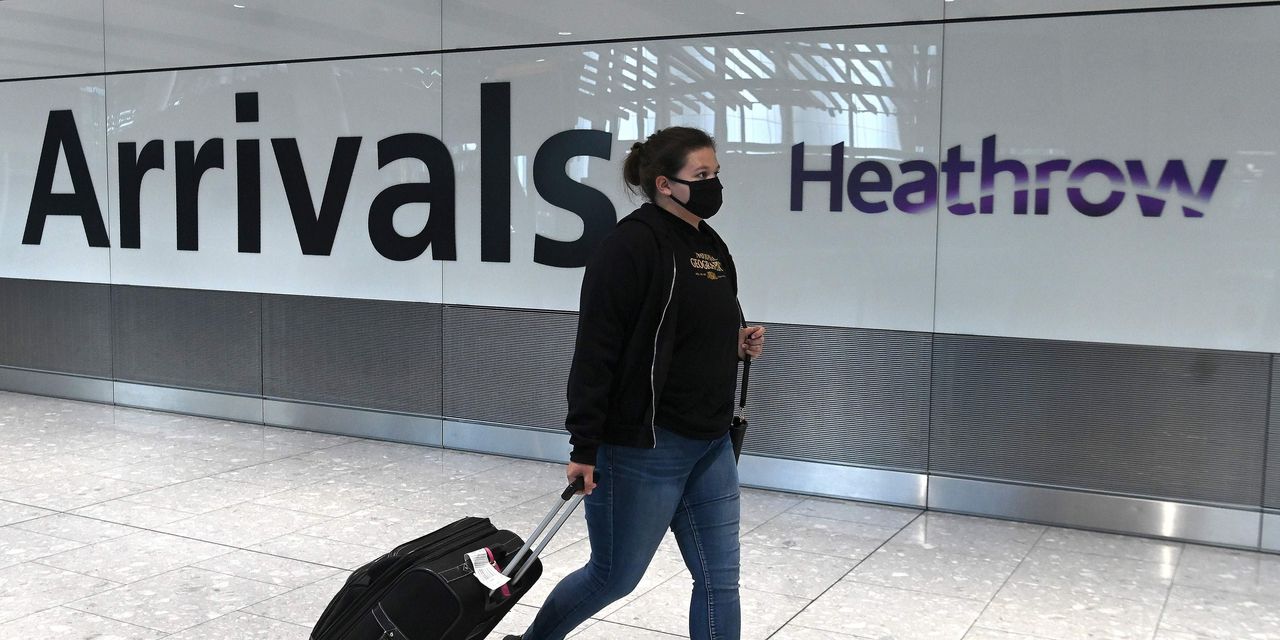 The boss of Heathrow Airport has urged the U.K. government to speed up talks with the U.S. over creating a “pilot air bridge” in time for Thanksgiving on Nov. 26.

“We can absolutely do that,” Heathrow Chief Executive John Holland-Kaye told the BBC.

“There is momentum on the U.S. side — they want to start opening their borders again; I think there’s a preference that the U.K. should be the first market to open up again. We know the U.K. government is keen to do to that.”

His comments came as Heathrow revealed that it has lost its position as Europe’s busiest airport for the first time, after being overtaken by Paris Charles de Gaulle Airport, following the unprecedented slump in global demand for air travel.

The London airport reported an 84% fall in passenger numbers for the three months to September, as the company’s losses widened to £1.5 billion ($1.94 billion) so far in 2020.

Around 19 million passengers used Heathrow in the first nine months of the year, down 69% from 61 million in the same period last year. That compares with 19.3 million passengers who used Charles de Gaulle in the French capital, a 67% fall from the 58 million it had in 2019.

Amsterdam Schiphol and Frankfurt were close behind, Heathrow said in a trading statement, adding that all three continental rivals have implemented testing regimes.

Holland-Kaye said the U.K. was falling behind because it has been too slow to embrace passenger testing.

“European leaders acted quicker and now their economies are reaping the benefits. Paris has overtaken Heathrow as Europe’s largest airport for the first time ever, and Frankfurt and Amsterdam are quickly gaining ground,” he said.

“Bringing in pre-departure COVID tests and partnering with our U.S. allies to open a pilot air bridge to America will kick-start our economic recovery and put the U.K. back ahead of our European rivals,” he said in a statement.

He welcomed the plans by the government’s Global Travel Taskforce to look at introducing testing for passengers from high-risk countries by Dec. 1, reducing the 14-day quarantine period.

But he said the industry needed a commitment that this would happen.

The results come just a day after industry trade body ACI Europe warned that nearly 200 airports in Europe will face financial collapse in the coming months, if passenger traffic doesn’t recover by the end of the year.

ACI Europe said the top 20 European airports have added €16 billion of debt, equivalent to nearly 60% of their revenues in a normal year, as they turn to the financial markets to shore up balance sheets and build emergency war chests to weather the crisis.

In October, Heathrow raised an additional £1.4 billion in the global bond markets.

I’ve already been injected with a COVID vaccine. This is why I’m cheering for the…

Prev Next 1 of 3,728
You cannot print contents of this website.
Go to mobile version