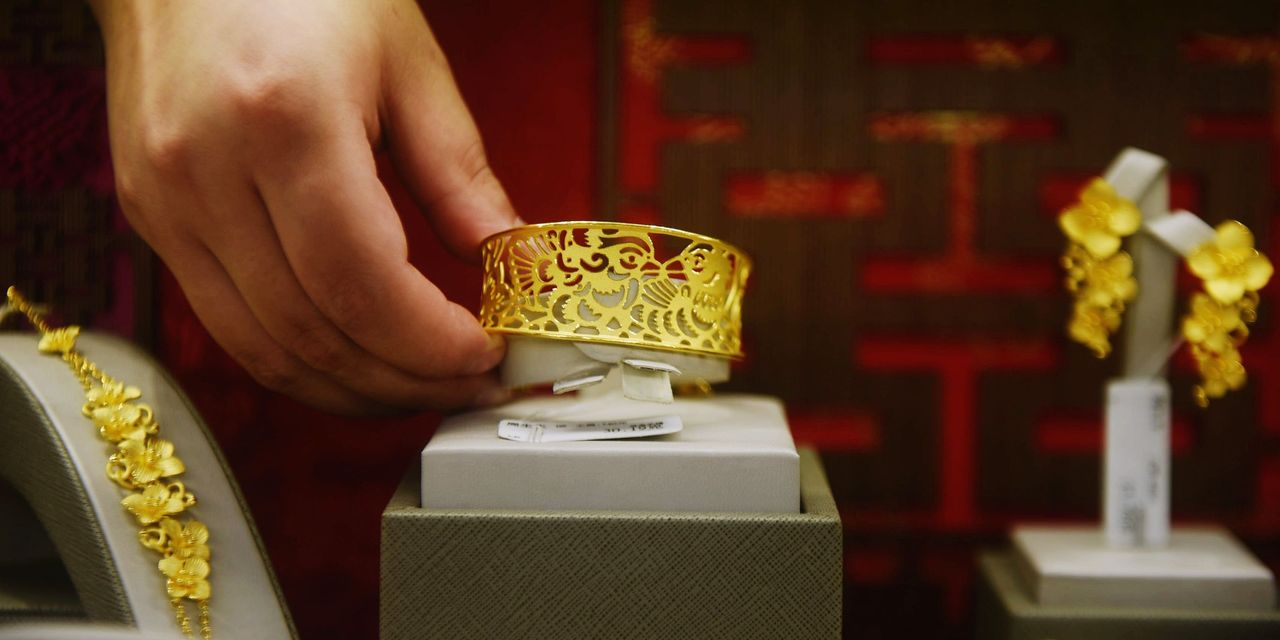 Gold futures on Monday finished sharply lower, notching the sharpest daily fall since early November, as investors unloaded the metal amid news on prospective vaccines and treatments for COVID-19 that broke down near-term support for bullion.

Drugmaker AstraZeneca said a study found the vaccine it is developing with the University of Oxford had an up to 90% efficacy rate. That news followed similarly upbeat vaccine news from Pfizer and its partner BioNTech, as well as from drugmaker Moderna earlier this month.

Distribution of vaccines could begin to front line workers yet this year, once the Food and Drug Administration grants approval, according to the head of Operation Warp Speed.

Vaccine progress has been a drag on bullion because it undercuts the haven appeal for gold and silver, dealers say.

GOLD,
-4.28%
shed $34.60, or 1.8%, to settle at $1,837.80 an ounce, after putting in a weekly of 0.7% on Friday, its second consecutive, according to FactSet data. The metal booked its worst daily decline since Nov. 9 and also marked its lowest closing level since July 20, according to Dow Jones Market Data, based on the most-active contract.

Many gold traders considered the trading area around $1,850 to represent support for gold.

The $1,850 level had provided “decent support” for gold, Erlam said. The next important support level is around $1,800, he said, adding that it could be “tested very quickly.”

Optimism around vaccines and treatments for COVID-19 were helping foster buying in comparatively riskier U.S. equities, with the Dow Jones Industrial Average
DJIA,
+1.12%
on the rise Monday to start the week.

Metals markets, and the broader financial markets in the U.S., will be closed on Thursday in observance of Thanksgiving.

DMI Jan 28, 2021 0
A mania is under way on Wall Street that is being heralded by some as a revolution of individual…
Newsbeat

Prev Next 1 of 4,942
You cannot print contents of this website.
Go to mobile version