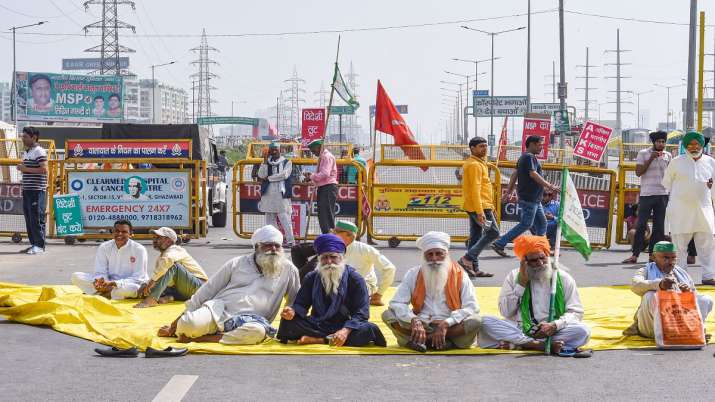 The farmers, who have been agitating at Delhi borders for the past four months, burnt the copies of the farm laws as part of the ‘Holika Dahan’ celebrations on Sunday and said that the government will have to repeal these laws and make a law on Minimum Support Price (MSP).

The farmers said that they will not play Holi with colours and rather use soil to celebrate the festival adding that if the farm laws are not withdrawn then they will celebrate Diwali also at the borders of Delhi.

They had also invited the police personnel from Delhi and Uttar Pradesh, deployed at the borders, to join the Holi celebrations.

“We will celebrate Holi with the Delhi and UP Police personnel deployed at the border. We will make the necessary arrangements for them and communicate to them asking them to celebrate Holi together,” Tikait told IANS.

“If all the security forces and police officials do not exchange Holi pleasantries with them, then we (farmers) will think that the Central government does not want to talk to us. The Delhi Police will be given an invitation to join us for Holi celebrations as they, too, are on police duty away from their homes.”

Tokyo: Indian wrestler Bajrang Punia faced a crushing defeat in the semifinals of the Tokyo Olympics at the …
8