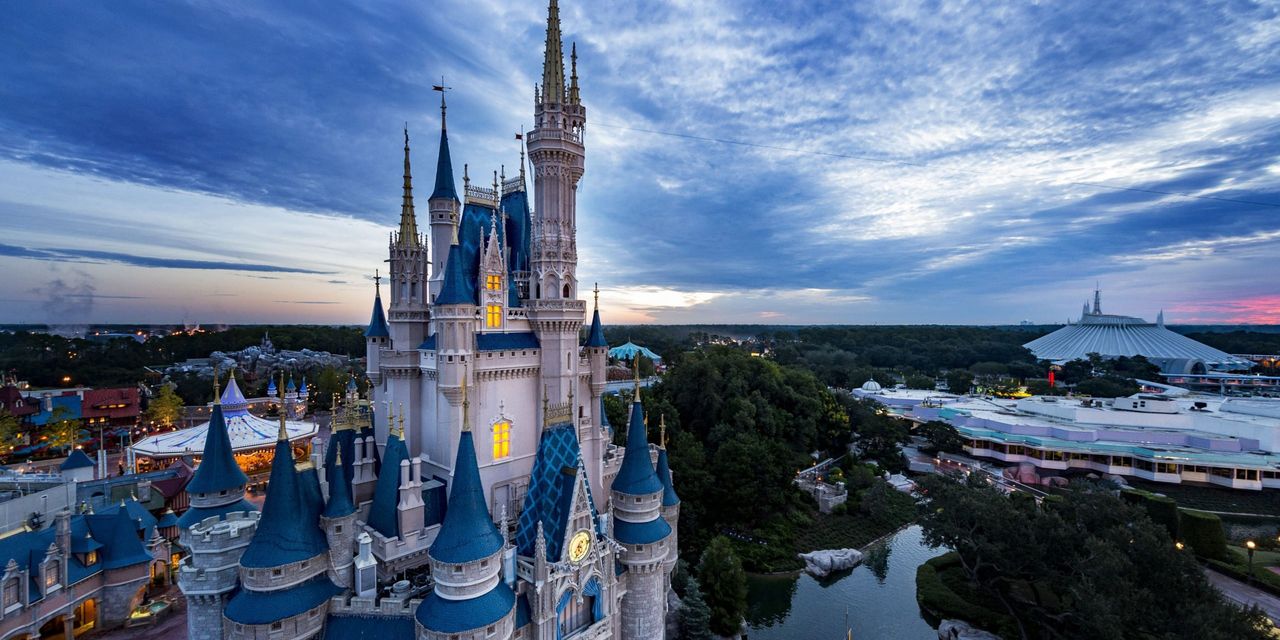 Disney
DIS,
+0.88%
temporarily closed the Hall of Presidents attraction, located at the Magic Kingdom theme park, on Inauguration Day, a spokeswoman confirmed. A notice of the ride’s closure was posted to the Walt Disney World website on Tuesday evening, ahead of Biden’s swearing-in.

In keeping with recent tradition, the ride will be refurbished to add an audio-animatronic version of the country’s newly inaugurated president.

The attraction features animatronic versions of every
president in U.S. history, with some of the nation’s past presidents delivering
speeches alongside other patriotic fanfare.

“
The Hall of Presidents was one of the first attractions to debut when Walt Disney World opened in 1971.
”

“The Hall of Presidents was Walt
Disney’s own idea, dating back at least to 1957,” said Len Testa, co-author of
“The Unofficial Guide to Walt Disney World” and president of travel website
Touring Plans. “It was originally intended to house wax figures of the Presidents,
and showcase highlights of American history such as the signing of the
Declaration of Independence, and Lincoln’s Gettysburg Address.”

The original version of the project was never built. Disney pitched the idea for the attraction to the sponsors of the 1964 World’s Fair as a display entitled “One Nation Under God.” That idea eventually morphed into a show entitled “Great Moments with Mr. Lincoln,” which was subsequently brought to Disneyland after the World’s Fair, where the attraction remains today.

READ ALSO :  These electric trucks are coming soon—here’s prices, how far they’ll go and how much they’ll tow

The idea was revisited in the creation of Walt Disney World, and was one of the original attractions when the theme park complex first opened in 1971.

In the original version of the attraction, the only animatronic president to “speak” was Lincoln. New presidents were added, but not given speaking roles. That changed in 1993 with the inauguration of President Bill Clinton. “Bill Clinton was the first sitting President to get a speaking role in the show,” Testa said. “The entire show was revamped to specifically mention slavery and civil rights issues.”

The ride was last closed for a year-long, major refurbishment to add President Donald Trump in 2017. Following Trump’s addition, Disney reportedly installed features to prevent visitors from trying to jump on stage and began stationing security guards around the attraction.

“
‘We advise visitors not to see it, because of the booing and cheering of current presidents.’
”

And now, in light of the growing political divisiveness in the country, some are calling for Disney to consider jettisoning the Hall of Presidents entirely. In an editorial, the Orlando Sentinel called for Disney “to put this attraction out to pasture.”

“You can blame Trump (we do), or Nancy Pelosi or QAnon or
the rise of social media,” the newspaper’s editorial board argued. “Whatever
the causes, the 2021 atmosphere is not what Walt Disney envisioned when he
conjured up his empire’s first animatronic figure in 1964.”

The editorial goes on to say, “The way things are going, Disney might need to build a fleet of animatronic Secret Service agents to protect the figure standing center stage.”

Disney has previously revisited famed or beloved attractions as cultural norms have shifted. Last year, the company announced it would overhaul the popular “Splash Mountain” ride because of its connections to the racist Disney film “Song of the South.” In its place, a new ride featuring Disney’s first Black princess will be created.

As it stands now, the Hall of Presidents is the lowest-rated
attraction at the Magic Kingdom for children and teens, Testa noted. “We advise
visitors not to see it, because of the booing and cheering of current presidents —
the attraction is supposed to remind us what being an American means, and
instead it just divides us,” he said. “I think Disney should close the
attraction.”