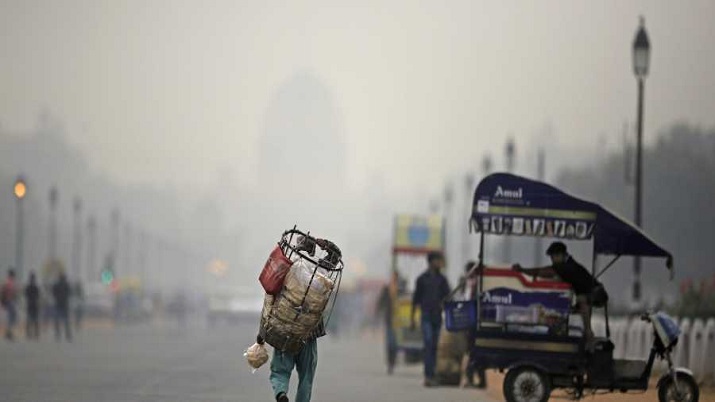 Pollution levels dipped in the national capital on Wednesday, primarily due to increased wind speed, but the relief could be short-lived. The city recorded a 24-hour average air quality index (AQI) of 297, which falls in the “poor” category. Prior to this, the air quality remained “very poor” for five days on the trot.

However, the wind speed has reduced again which will allow pollutants to accumulate, he said.

The air quality may slip into the ‘very poor’ category by Thursday, the scientist said.

According to the Ministry of Earth Sciences’ air quality monitor, SAFAR, the farm fire count was 1,830 on Tuesday.

SAFAR said accumulation of locally generated pollutants and increased external intrusion due to north-north westerly boundary level winds from regions where stubble is burnt will be major factors for the increase in PM2.5 levels in the next two days.

According to the India Meteorological Department, the predominant wind direction was westerly-northwesterly and the maximum wind speed was 4 kilometers per hour.

The minimum temperature was recorded at 13.8 degrees Celsius.

Calm winds and low temperatures trap pollutants close to the ground, while favourable wind speed helps in their dispersion.

The central government’s Air Quality Early Warning System for Delhi said the city’s ventilation index – a product of mixing depth and average wind speed – was around 4,000 meter square per second on Wednesday – unfavourable for dispersion of pollutants.

Mixing depth is the vertical height in which pollutants are suspended in the air. It reduces on cold days with calm wind speed.

A ventilation index lower than 6,000 sqm/second, with the average wind speed less than 10 kmph, is unfavourable for dispersal of pollutants.

Earlier in the day, Environment Minister Gopal Rai said that only “green” firecrackers can be manufactured, sold and used in the national capital.

He also said the Delhi government will launch an anti-firecracker campaign from November 3 and requested people not to burn crackers at all considering the seriousness of the situation due to the COVID-19 pandemic.

The Supreme Court-mandated Environment Pollution (Prevention and Control) Authority (EPCA) also granted exemption to IT and processing industries and some residential complexes in Haryana from the ban on electricity generators.

The pollution watchdog had earlier banned the use of electricity generators, barring for essential services such as hospitals and railways, in Delhi and the vicinity towns of Ghaziabad, Noida, Greater Noida, Faridabad and Gurgaon from October 15 as part of the Graded Response Action Plan (GRAP).

READ ALSO :  Unlock process to start in Delhi from May 31 ... Know which sectors will benefit

New Delhi: Prime Minister Narendra Modi will be on a day-long visit to his home state Gujarat and …
1