Delhi-Ranchi Rajdhani Express and several goods trains were stranded for over 7 hours on Thursday when over 250 Tana Bhagats put up an economic blockade at Tori junction in Jharkhand’s Latehar district. The protesters are demanding land rights and amendment of the Chotanagpur Tenancy Act. New Delhi-Ranchi Rajdhani Express was stopped at Daltonganj railway station around 5.30 am, while nearly 70 goods trains were stranded on the Barkakana-Barwadih rail route of the East Central Railway (ECR), he said.

The traffic on the Delhi-Ranchi and the Delhi-Howrah rail routes beyond Daltonganj has been completely paralysed leading to coal supply disruption to power plants due to the agitation, ECR Barkakana Divisional Traffic Manager Manish Saurabh said. 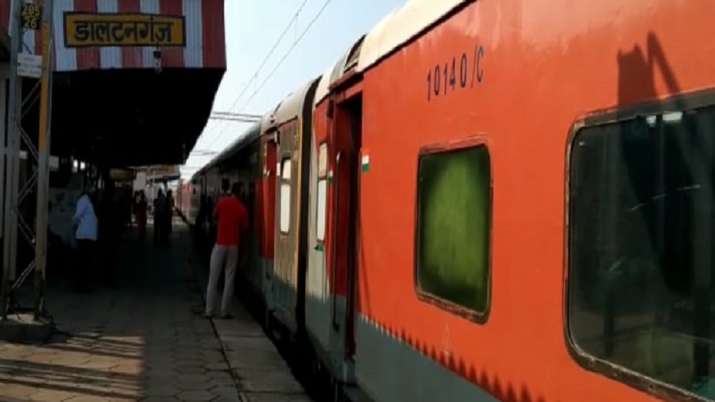 Dressed in white ‘dhoti’ and ‘gamcha’, over 250 Tana Bhagats, who belong to a tribal community in Jharkhand’s Gumla district and are followers of Mahatma Gandhi, squatted on the rail tracks, demanding land rights and amendment of the Chotanagpur Tenancy Act.

Latehar District Commissioner Jishan Qamar has been asked to talk to the agitating Tana Bhagats and resolve the issue, Chief Secretary Sukhdev Singh told PTI. “We had informed the state authorities about the agitation after the station master of Tori junction received a letter from Akhil Bhartiya Rashtriya Swatantrata Senani, threatening to start an economic blockade from September 2,” the DTM said.

Meanwhile, the railway authorities have arranged for food for about 750 passengers of the Ranchi-bound Rajdhani Express and are trying to send them to their destinations by road from Danltonganj, he added.

(Reporting by Amit Kumar on Daltonganj)