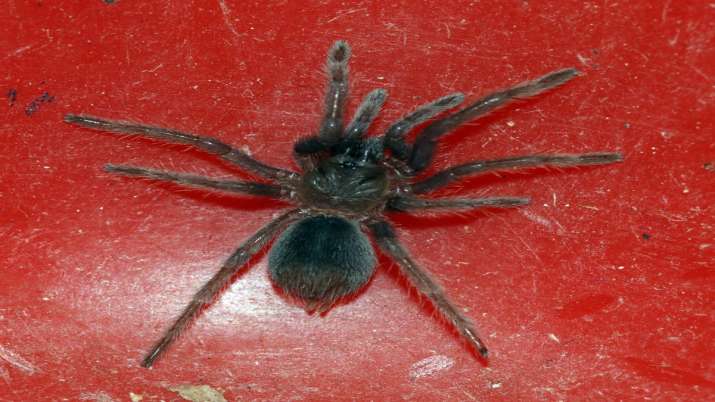 The Air Customs officials at Chennai airport intercepted a parcel from Poland that had arrived at the Foreign Post Office on suspicion of containing arthropods (hard-bodies species without a backbone) or invertebrates (cold-blooded species without backbones).

When it was cut open, the officials found a thermocol box that had 107 small plastic vials, which was wrapped in silver foil and cotton and live spiders were found in each of those vials.

According to the officials, the consignment was addressed to a person in Tamil Nadu’s Arupukotai.

Based on morphological examination, Wild Life Crime Control Bureau (WCCB) and Zoological Survey of India (SRC) officials were called to identify the species. The officials suspected the spiders to be of the Genus Phonopelma and Brachypelma which are CITES (The Convention on International Trade in Endangered Species of Wild Fauna and Flora) listed Tarantulas, native of South, Central America and Mexico.

The Animal Quarantine Officials recommended to deport the parcel containing the spiders to country of origin as the said import is illegal as there was no DGFT license and health related documents of import into India.

The spiders were seized under the Customs Act 1962 read with FT (D&R) Act. The parcel containing the spiders were handed over to postal authorities to deport to Poland the country of origin, Chennai Air Customs said.

Further investigations are under progress , the release said.

One soldier martyred, 2 injured in ceasefire violation by Pakistan in Nowgam sector

Everything to know before buying Nokia Power Earbuds Lite: Check all details