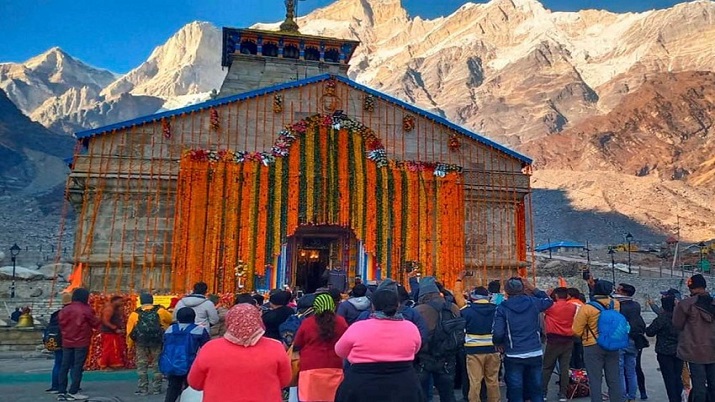 The Uttarakhand government on Monday extended the Covid curfew in the state till June 22 but announced some important relaxations such as opening the Chardham yatra for locals on the condition of a negative RT-PCR test report. The period of the current curfew in the state was to come to an end at 6 am on Tuesday morning.

“We have decided to extend the curfew for another week to June 22 in view of the COVID-19 situation. The old SOPs will largely remain in force except a few major changes such as opening the doors of the Himalayan temples for locals with negative RT-PCR reports,” Cabinet Minister and state government’s official spokesman Subodh Uniyal said.

The famous four Himalayan temples in Uttarakhand though open since May for daily prayers have been out of bounds for pilgrims.

Revenue courts have also been reopened with certain restrictions, he said.

Means of public transport like auto-rickshaws and tempos have been allowed to ply on the roads and shops selling sweets can now open for five days in a week, Uniyal said.

Fifty people can now attend marriage ceremonies and funerals instead of the present permission for 20. However, those attending weddings will have to bring a negative RT-PCR test reports.

District Magistrates have been authorised to relax the restrictions for market places in rural areas based on their assessment of the Covid situation, he said.

On the decision to extend the curfew, Uniyal said the cases of COVID-19 may have come down but it would be premature to say that the pandemic challenge has been overcome.

Purvanchal expressway to be made operational by August, will connect Lucknow, Ayodhya, Azamgarh other cities

Image Source : AP According to the Union Health Ministry, over 37 per cent of vaccines go wastage …
3