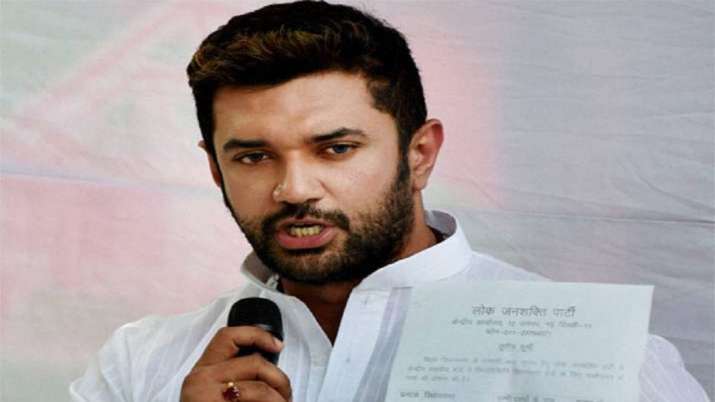 Chirag Paswan was on Tuesday removed as Lok Janshakti Party (LJP) national president. Suraj Bhan, who was made the National Working President of the party, will conduct the election of the national president. According to reports, Pashupati Kumar Paras, who has been leading the rebellion, is most likely to be elected the new chief of the LJP in the coming days.

The development came a day after five out of the six MPs of LJP joined hands against the Paswan scion.

Moments before his removal as national president, Chirag Paswan had tweeted an old letter with an emotional note.

“I tried but failed to keep this party created by my father and my family. Party is like mother and she should not be cheated. People are paramount in democracy. I thank the people who have faith in the party. I share an old letter,” tweeted the son of late Ram Vilas Paswan.

Paswan junior on Monday found himself in muddu waters when five of the six Lok Janshakti Party MPs in Lok Sabha joined hands against him and elected Pashupati Kumar Paras, the youngest brother Ram Vilas Paswan.

Daughter’s Day messages by Kajol, Shilpa, Soha and other celebs for their daughters

Mumbai: The coronavirus pandemic had achieved what many thought was not possible – it introduced Mumbai to a …
0

New Delhi: Delhi’s seven districts together with Srinagar and Jammu among the many 80 districts throughout 22 states …
0