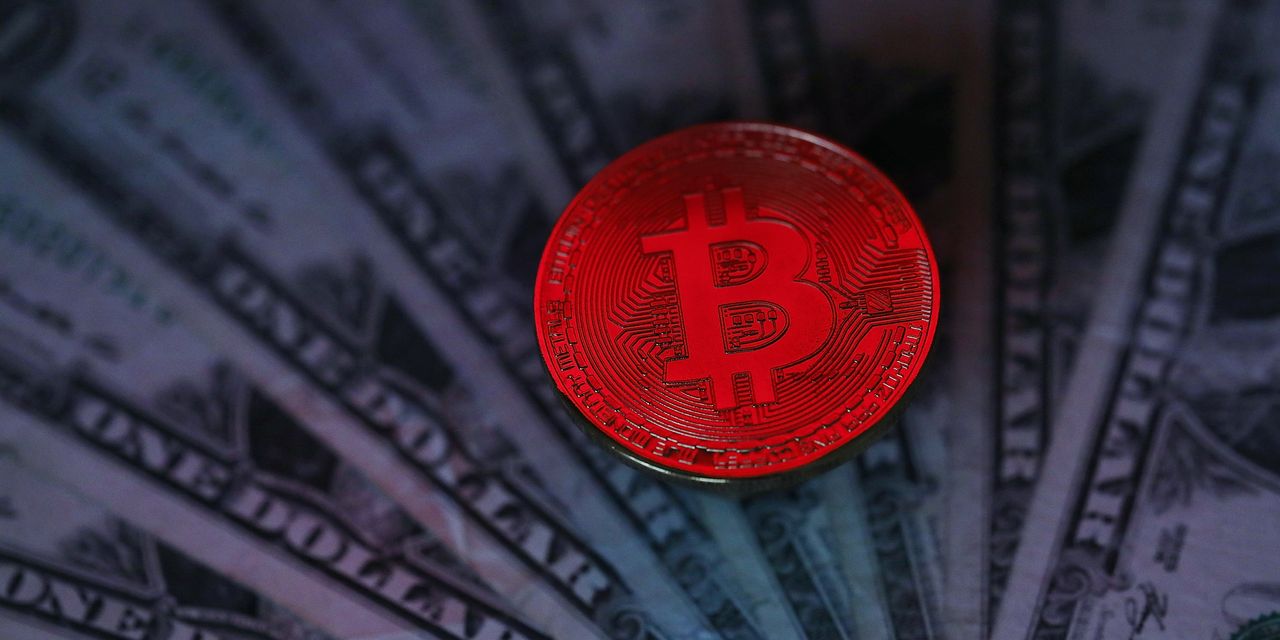 Bitcoin, the world’s No. 1 cryptocurrency, fell to its lowest level since January on Tuesday, extending a price drop that has wiped out more than $1.3 trillion in market value for the broader crypto complex since a peak in May.

After falling as low as $29,083 on Tuesday morning, bitcoin
BTCUSD,
+2.65%
was changing hands at nearly $32,000 by Tuesday evening, according to CoinDesk data. The day’s nadir marked its lowest price and its first breach of the psychologically significant $30,000 level since January, according to Dow Jones Market Data. Bitcoin is down more than 50% from its mid-April peak, paring its year-to-date gain to 10.4%.

“Bitcoin has violated an important support level and it is likely that we may see more panic in the market as investors will think that it may be the end of Bitcoin,” wrote Naeem Aslam, chief market analyst at AvaTrade in a Tuesday note.

“But investors should remember that Bitcoin is a kind of asset which has fought many similar pessimistic views many times. The current sell off could be the opportunity for many investors to load their portfolio with Bitcoin which is selling at a huge discount,” the analyst wrote.

Meanwhile, dogecoin
DOGEUSD,
-0.34%,
the popular meme asset, was changing hands at around 19 cents, 2 cents above its daily low and down 75% from its early May peak.

The decline for the crypto has been attributed to regulatory action by China, where regulators have imposed restrictions on digital mining and trading of crypto in the People’s Republic.

Crypto’s price correction also comes as traditional markets are trying to recover from a brutal selloff last week. The Dow Jones Industrial Average
DJIA,
+0.20%,
the S&P 500 index
SPX,
+0.51%
and the Nasdaq Composite Index
COMP,
+0.79%
saw a powerful rebound from last week’s slide on Monday as digital assets sank, leading some analysts to speculate that bitcoin might be experiencing a rotation out of the crypto and into equities.

My sister’s home is in foreclosure, so she’s moving in with our parents. She posted on Facebook that she deserves their home

Dear Quentin, My sister and her partner lost their house. It’s in foreclosure. She is moving into my …
0

‘Amazon can get anything in the world physically to your door in under 48 hours. It takes Uncle Sam six days’: Americans wait impatiently for their stimulus checks

Some of the nation’s $1,400 stimulus checks started hitting bank accounts this past weekend, the Internal Revenue Service …
0

My sister inherited the family home, but not the contents. She set up a ‘garage sale’ — and key items were missing. Should I pursue legal action?

Here are the Senate races to watch, as Democrats battle to take control from Republicans

If Democrats take control of the U.S. Senate, that could lead to laws that shake up key sectors …
0