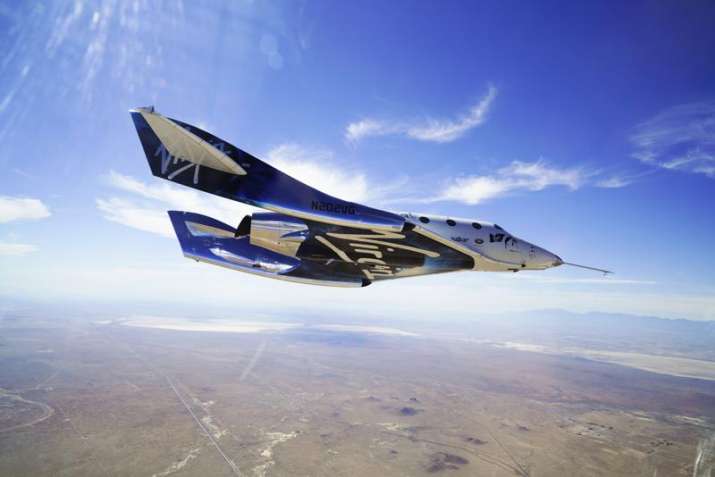 Thrill-seeking billionaire Richard Branson strapped in and set off Sunday on his boldest adventure yet — a bid to reach space aboard his own winged rocket ship. A successful flight would vault the nearly 71-year-old Branson past fellow billionaire and rival Jeff Bezos, who is planning to fly to space in a craft of his own nine days from now.

With a crowd of more than 500 people watching, a twin-fuselage aircraft with Branson’s space plane attached underneath took off in the first stage of the flight. Aboard were Branson and five crewmates from his Virgin Galactic space-tourism company.

READ MORE: Who is Sirisha Bandla, flying into space with billionaire Richard Branson – 5 things to know

The plan was for the space plane to detach from the mother ship at an altitude of about 8 miles (13 kilometers), fire its rocket engine and then pierce the edge of space at about 55 miles (88 kilometers) up. After a few minutes of weightlessness for the crew, the space plane was supposed to glide to a runway landing.

The flight was intended as a confidence-boosting plug for Virgin Galactic, which plans to start taking paying customers on joyrides next year.

“It’s a beautiful day to go to space,” Branson tweeted in the morning, posting a photo of himself with fellow billionaire and space-tourism rival Elon Musk.

Branson, the flamboyant, London-born founder of Virgin Atlantic Airways, wasn’t supposed to fly until later this summer. But he assigned himself to an earlier flight after Bezos announced plans to ride his own rocket ship into space from Texas on July 20.

READ ALSO :  IND vs ENG: Opener Shubman Gill gets injured, may be ruled out of the series

More than 600 people have already made reservations for a ride into space with Virgin Galactic, founded in 2004.

Bezos’ Blue Origin has yet to open ticket sales or even announce prices, but late last week boasted via Twitter that it would take clients higher and offer bigger windows.

Unlike Blue Origin and Musk’s SpaceX both launch capsules atop rockets.

Virgin Galactic made three previous test flights into space with a crew.

Over a hundred defy Covid-19 lockdown, gather for Friday namaz in Bengal district