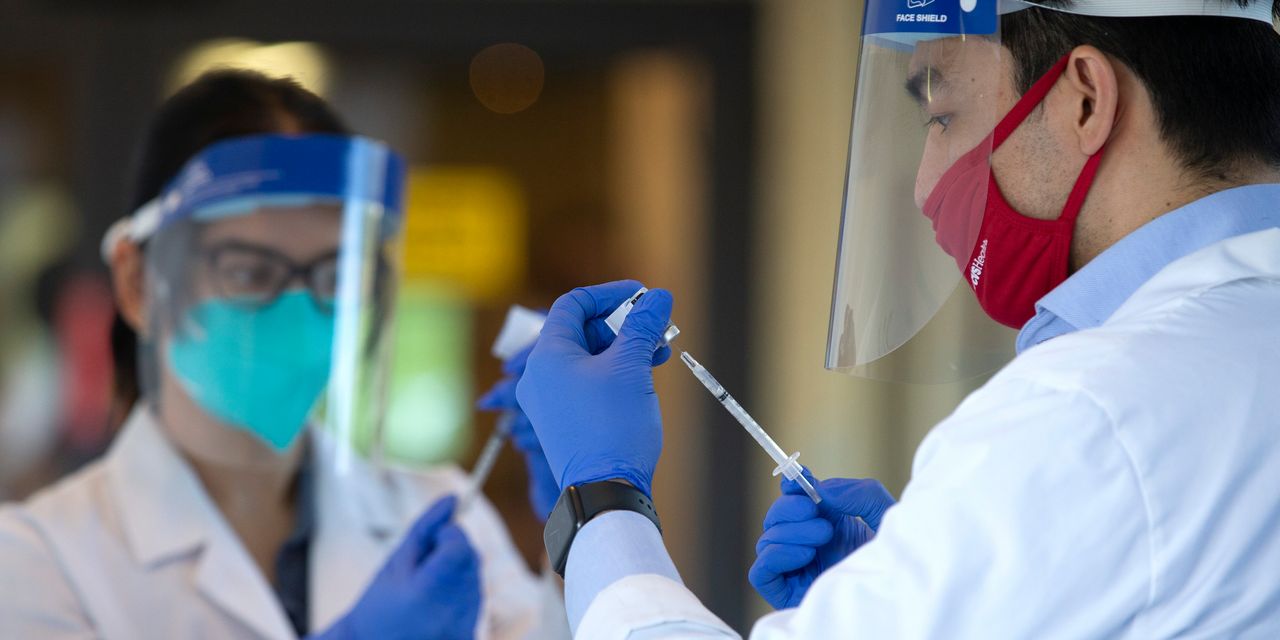 Shares of biotech company Arcturus Therapeutics Holdings Inc. slid 55% Tuesday, as investors responded to results from a Phase 1/2 trial of its COVID-19 vaccine candidate that one analyst said were disappointing.

San Diego–based Arcturus
ARCT,
-53.47%
said late Monday that it has received approval from the Singapore Health Sciences Authority to move ahead with a Phase 2 study of its ARCT-021 vaccine candidate that will enroll up to 600 volunteers.

The approval is based on Phase 1/2 trial data that showed the vaccine produced neutralizing antibodies after one dose although at lower levels than rival vaccine candidates. Arcturus is hoping its vaccine will not require a booster shot, making it easier to administer than vaccines that require two doses.

The company is aiming to generate interim Phase 2 data in early 2021 that will determine optimal dosing and to start a global Phase 3 study in the second quarter of 2021.

Raymond James downgraded Arcturus’s stock to market perform from outperform on the news and said the data were “underwhelming.“

“While this latest dataset does not completely impair single-shot ARCT-021, which may provide protection against COVID-19 infection in Phase 3, the lack of SARS-CoV-2 neutralizing antibody (NAb) titers at or above levels seen in convalescent sera reduces our confidence that ARCT-021 will be able to achieve competitive levels of vaccine efficacy with single-shot dosing,“ analysts led by Stephen Seedhouse wrote in a note to clients. “At a minimum, the question will be asked by the market and unanswered until Phase 3, thereby limiting near-term upside and justifying a Market Perform rating.“

The neutralizing antibody titers came in at the low end of the convalescent-plasma titer range seen with the vaccines developed by Pfizer Inc.
PFE,
+0.43%
with German partner BioNTech SE
BNTX,
-1.61%
and by Moderna Inc.
MRNA,
+1.09%,
he said. Those vaccines have been granted emergency-use authorization by the U.S. Food and Drug Administration and are currently being rolled out across the U.S. and in other countries.

Those vaccines have exhibited efficacies of about 90%, while the Arcturus one is potentially as low as about 62%, said Seedhouse.

“We concede that achieving north of 60% VE with a single dose would be a decent outcome for saRNA mechanism and would make ARCT-021 a viable vaccine (at least as competitive as AZD1222) given the massive global demand,“ he wrote. “But this level of NAb titers … does not support the more optimistic outlook we previously had for ARCT-021 … isn’t competitive with Pfizer/Moderna and … won’t make ARCT-021 a preferred vaccine in the U.S.“

I’m a single mom. I take my kids on trips. My mother says I should be saving for a…

We are learning more about diversity at tech companies, but it isn’t good news

TV actress says pilot raped her on pretext of marriage

Prev Next 1 of 4,761
You cannot print contents of this website.
Go to mobile version