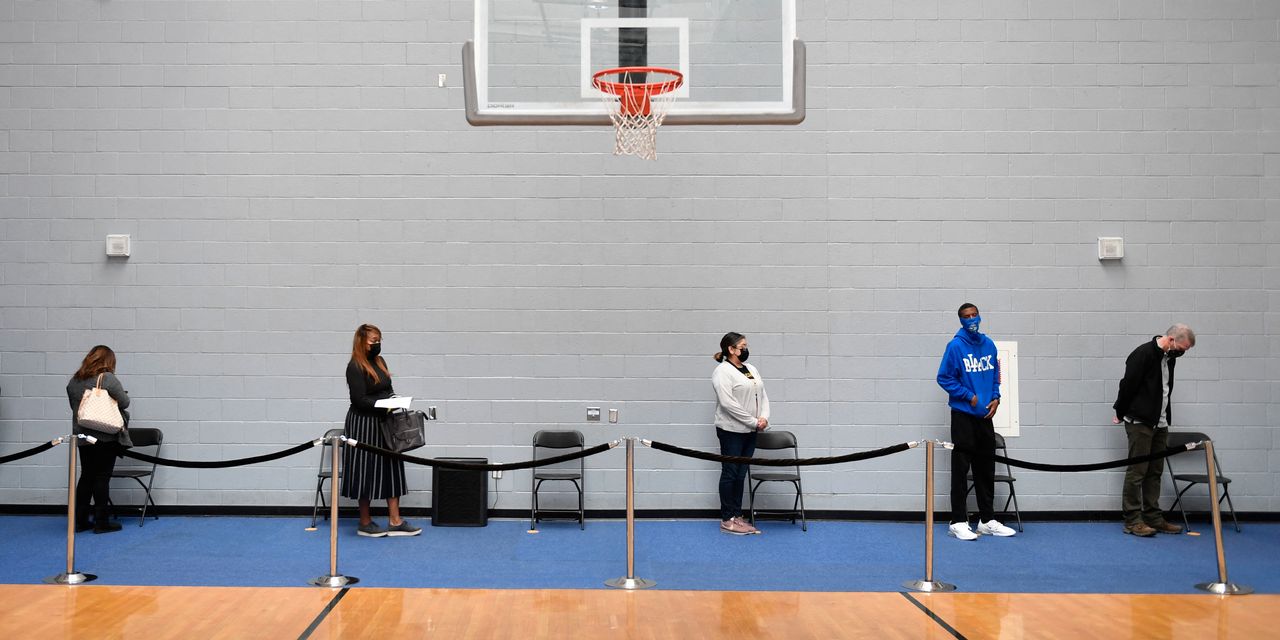 Now that there are three COVID-19 vaccines available in the U.S., some Americans and government officials are picking and choosing the vaccines they prefer — much to the chagrin of federal health officials who are urging people to sign up for any available vaccine.

The U.S. has three authorized COVID-19 vaccines that are currently available to Americans who qualify for vaccination.

The first two vaccines, which were developed by Pfizer Inc.
PFE,
+1.39%
and Moderna Inc.
MRNA,
-0.86%,
are both two-dose, mRNA-based vaccines that were authorized in December.

There are limited differences between those vaccines; however, the Food and Drug Administration’s authorization of Johnson & Johnson’s
JNJ,
+0.92%
shot on Feb. 27 introduced a vaccine that has a number of differences from the mRNA-based ones, at least on paper. This vaccine only requires one dose and uses a different pathway to immunization since it is a viral vector-based vaccine.

It was the authorization of this third vaccine that set off a broader discussion about vaccine preference among members of the public.

Friends and family members are now discussing which vaccine they prefer over text messages, some faith-based leaders have weighed in on choice, and even some government officials have questioned the usefulness of deploying a less efficacious vaccine in their communities.

American Catholics have been instructed by the U.S. Conference of Catholic Bishops to pick the Pfizer or Moderna vaccine over J&J’s if they get a choice because they have the “least connection to abortion-derived cell lines,” though certain dioceses and archdioceses have not made a distinction, and the Vatican has said that all Catholics worldwide can receive any vaccine in good conscience.

Detroit Mayor Mike Duggan said March 4 that the city would only use the Pfizer or Moderna vaccines at this time, citing the difference in efficacy rates.

READ ALSO :  My father moved his girlfriend, her cousin, and two kids into his 2-bedroom condo. I struggle to pay rent. What about me?

“If we can cover everybody [in Detroit] with Moderna and Pfizer, we are going to do that,” Duggan told reporters during a press conference. “In this city, I think the relative improvement in your health protection is worth us doing twice as much work.”

This is a stance that federal health officials and medical experts largely disagree with.

“We’ve got to get away from this issue of comparing one with the other except to say that we have a highly efficacious group of three vaccines,” Dr. Anthony Fauci, President Joe Biden’s chief medical adviser, said Friday during a White House briefing. “I would just take the vaccine that is the most readily available to you.”

Here’s what we know right now about comparing COVID-19 vaccines:

There are several key differences between the two types of vaccines. Pfizer and Moderna’s vaccines are both two-dose, mRNA-based vaccines that reported efficacy rates of about 95% in clinical trials. (Efficacy is an industry term applied to results that come from the controlled clinical-trial environment; effectiveness is used to describe results from the real world.)

The J&J vaccine works differently since it is an adenovirus vector-based vaccine, and it only requires one shot in the U.S. However, it had a much lower efficacy rate in its Phase 3 clinical trial than the mRNA vaccines, of 66% worldwide and about 72% in the U.S.

That said, all three vaccines can prevent severe disease, hospitalization and death. “Each of them are very effective in preventing clinically apparent disease,” Fauci said Friday.

The mRNA vaccines were nearly 100% efficacious at preventing death in clinical trials, while J&J’s was 100% protective at preventing hospitalization and death.

In an opinion piece published in the medical journal JAMA on March 4, a pair of infectious disease physicians argued that anyone who qualifies for a vaccine should take whatever is available to them right now. But they also addressed how they expect that decision making to evolve when supply ramps up.

In that scenario, “it may be that for groups with higher risk of severe disease and complications (e.g., older adults, immunocompromised people), the mRNA vaccines would provide an advantage, whereas for younger populations, and those who have difficulty returning for a second injection, the [J&J] single-dose vaccine may be preferable,” wrote Drs. Carlos Rio and Preeti Malani.

As clinical trial data from subgroups such as pregnant women, children, and older adults, including those 75 years old or older, starts to roll out, that information may be used in the future to inform which vaccines should go to which people, experts say, but that’s not yet happening.

From a scientific standpoint, can or should the vaccines be compared? In short, no. To directly compare the vaccines, they would need to be tested head-to-head in clinical trials against each other and a placebo, and not just individually against a placebo.

That’s because even though all three vaccines went through large, late-stage clinical trials, there were differences in the design of each trial, and the timelines don’t always stack up in a way that can allow for comparison.

For example, J&J’s Phase 3 trials were conducted later than Pfizer or Moderna’s and focused on different regions. This is an important distinction because the B.1.1.7 and B.1.351 variants in the U.K. and South Africa, respectively, only became a concern in the U.S. around the start of the year, which is when J&J was still conducting its late-stage study and the mRNA vaccines had already been authorized.

What about from a public health standpoint?

In the recommendations issued by the CDC’s Advisory Committee on Immunization Practices in response to the J&J authorization, the committee said it does not have a preference among the three authorized vaccines, noting March 5 that people “are encouraged to receive the earliest vaccine available to them.”

However, ACIP also said that J&J’s vaccine, which is easier to store and quicker to administer, may help ensure “equitable access” to vaccines.

This could help ensure people who may be less likely to return for a second shot, people who are afraid of needles, and those who are hesitant to receive a vaccine at all are still getting vaccinated.

The J&J shot may be preferable in distributing among hard-to-reach groups like migrant farmers and the homeless, according to Dr. Leana Wen, an emergency-room physician and the former Baltimore City health commissioner, though she cautioned against using the “kind of messaging that this [shot] is somehow an inferior vaccine that’s given to marginalized” communities.

About 10% of the U.S. population are fully vaccinated, as of Wednesday, according to the latest figures from the Centers for Disease Control and Prevention. This leaves many Americans in the tough spot of waiting to qualify for vaccination. More than 1 million people have already signed up for a standby list for leftover vaccines that was created by a startup called Dr. B.

To cope with the hardship triggered as a result of outbreak of COVID-19, the RBI Governor Shaktikanta Das …
1

To profit from planned merger of Tilray and Aphria, buy Aphria, says this analyst

Investors seeking to profit from the merger of Canadian cannabis companies Tilray Inc. and Aphria Inc. are best …
0

How traveling the world actually helps this freelancing couple save money

Here’s a question for you to mull over: Is it possible to travel the world and save money? …
9

The 2021 Porsche Taycan is an all-electric sport/luxury sedan from the company that created the ever-wonderful 911. That’s pretty much …
0