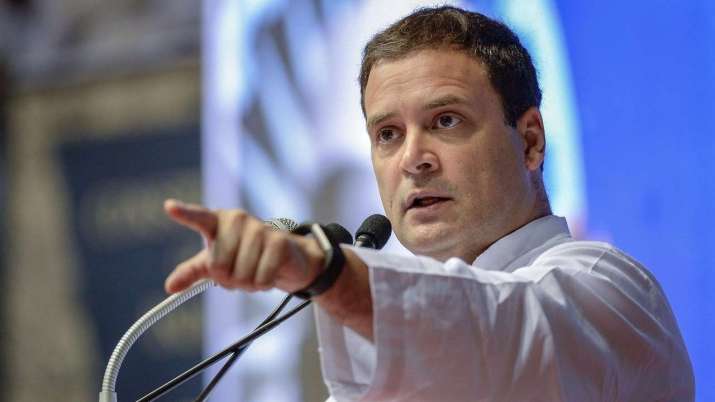 Congress leader Rahul Gandhi on Monday said that the “corruption” in purchase of land in Ayodhya by the Ram Temple trust was parallel to “iniquity”.

The Congress party has alleged that it was a “big scam” committed using funds collected from devotees and said Prime Minister Narendra Modi should answer whether those behind it had his protection. It also demanded a Supreme Court-monitored probe into the charge.

“Shri ram is justice, he is the truth, he is the dharma. Betrayal in his name is iniquity,” Gandhi wrote on Twitter in Hindi.

Earlier in the day, Congress general secretary and chief spokesperson Randeep Surjewala alleged that the Shri Ram Janmabhoomi Teerth Kshetra Trust had purchased “12,080 square metres of land” at Ayodhya in Uttar Pradesh at an inflated price of Rs 18.5 crore.

The land was purchased by the temple’s trust at Rs 18.5 crore on March 18, and according to land deeds, only a few minutes earlier on the same day Kusum Phatak had sold it for Rs 2 crore to Ravi Tiwari and Sultan Ansari from whom the trust bought the land, he claimed.

“The land deal was extremely transparent, totally based on market value. There is no need to conduct an investigation. Infact, there should be a defamation case on those levelling such allegations,” Kumar told India TV.

Seven people examined positive for coronavirus in Kashmir on Saturday, taking the total variety of cases in Jammu …
0
Politics

Do vote, so that new govt of your choice is formed: Rahul Gandhi to Bihar voters

As polling began for the second phase of the Bihar Assembly election, Congress leader Rahul Gandhi on Tuesday …
0
Politics

NEW DELHI: The Supreme Court Tuesday directed the Uttar Pradesh government not to fill up all of the …
0